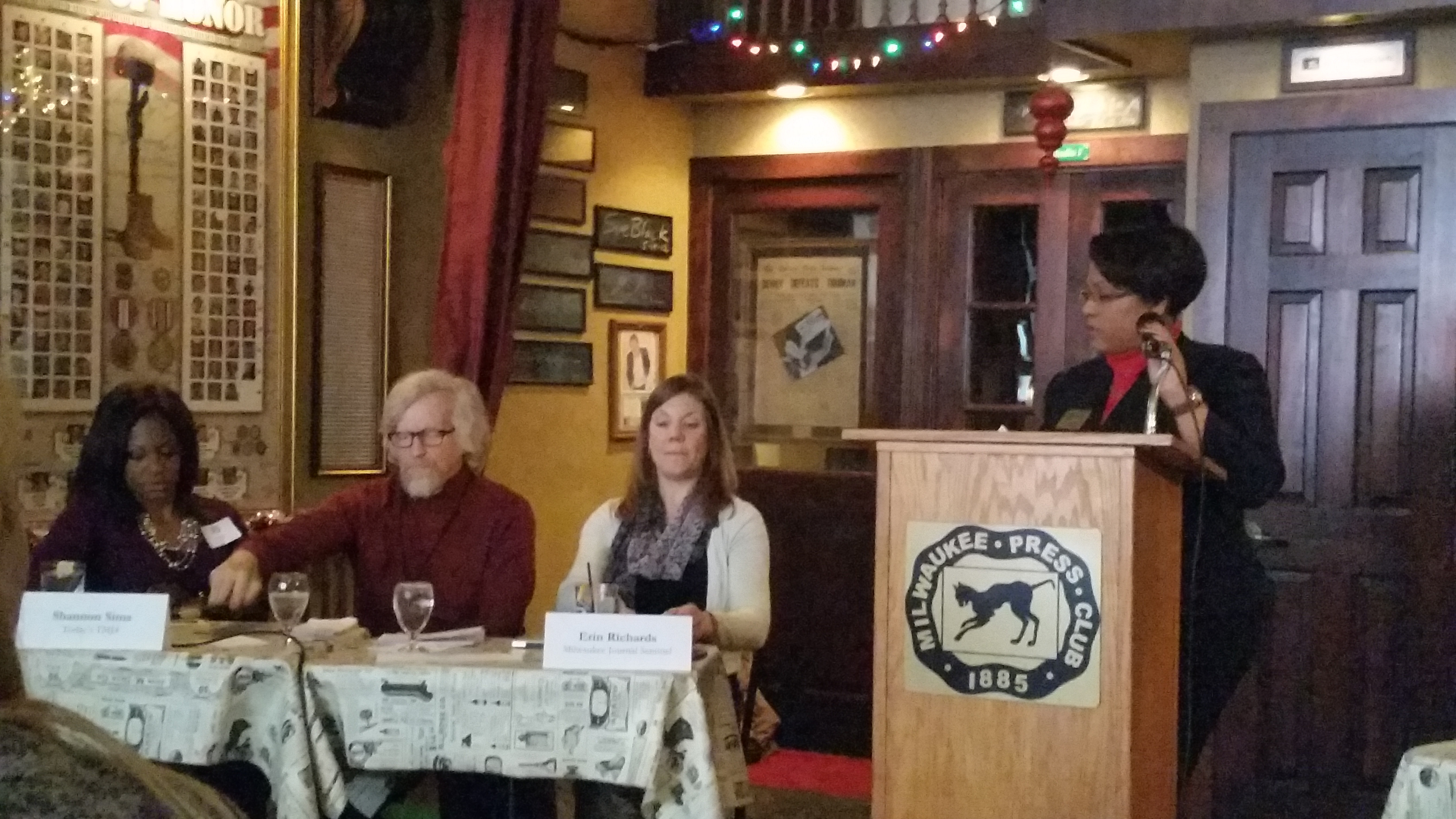 [Milwaukee, Wisc…] Dr. Darienne Driver addressed the issues she faces as the first-year Superintendent of Milwaukee Public Schools in front of a crowd of media members and educational stakeholders on Wednesday. The toughest task she sees on the horizon? Finding a way to connect MPS schools back to their communities.

Driver spoke at the Milwaukee Press Club and fielded questions from a panel of reporters that included the Milwaukee Journal-Sentinel’s Erin Richards and WTMJ’s Shannon Sims. After a brief introduction, she dove right in to her experience with the district – first as its Chief Innovation Officer from 2012-2014, and now as Gregory Thornton’s replacement as Superintendent.

“One of the key learnings was the need for relationship building and partnerships within the community,” said Driver. “So much emphasis is put on schools, students and teachers, but what’s lost is that the community needs to be a part as well. We can’t put all these resources into a school without first understanding what is happening in the community.”

Superintendent Driver played up that connection later when she was asked how the school can better engage parents to coerce them into a greater role at home. She suggested that pairing with local community groups like City Year or Teach for America would help parents earn a greater understanding of their child’s coursework and progress. That outside support, she argued, would create an additional source of influence that could help MPS students outside of the traditional classroom.

Driver also took the time to discuss a pair of controversial policies that will face scrutiny during the 2015 Wisconsin Legislative Session. She specifically advocated a single-test system for school accountability. That would mean that all schools – traditional, charter, and private voucher-accepting institutions – would be subject to the same standardized test in order to gauge student achievement and growth.

“Simply put, it’s apples-to-apples,” said Driver. “With different assessments, you’ll never have a true picture of how students are performing.”

She also addressed the recent issues that MPS has had with finding uses for its vacant buildings. The district had come under fire after moving hastily to block the private, voucher-accepting St. Marcus Lutheran School from purchasing the vacant Malcolm X Academy in 2013. Her comments were especially significant with Henry Tyson, St. Marcus Superintendent, sitting in the audience.

“We have high-performing charter partners that want to expand,” Driver said. “My vision is figuring out how we expand successful programs – not keeping others out. We will put unused buildings on the surplus list so others can use them. I am open to possibilities for the use of our unused space.” However, Driver did not clarify whether or not she would be amenable to a private school buying unused MPS properties, and suggested that any listed property would be subject to public proposals regarding the use of that space.

The first-year superintendent also touched on some of the effects that Act 10 still has in the state’s largest district. “After Act 10, our buying power is being contested. Other districts are offering higher salaries to teachers and admins. We’re still competitive, but we are struggling to keep up.” She also mentioned that recruiting was now a year-round effort in the district’s quest to find the most effective educators.

Driver’s enthusiasm and familiarity with Milwaukee’s schools painted a clear explanation behind her rise to the MPS’s highest post. However, turning around Wisconsin’s most embattled school district is a monumental task. Reaching out to parents and students through community engagement would be a strong first step.