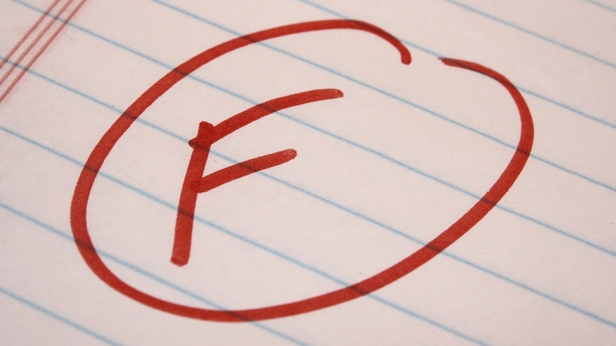 DPI data suggests that taxpayers spent approximately half a billion dollars to send Wisconsin K-12 students to chronically failing schools. And that was just in 2013-14 alone. A review of School Report Cards and average per-student revenue suggests that the state’s underperforming schools are costly for students, families, and residents of the Badger State.

Recent headlines have bemoaned the state funding – at $6,442 per student – that went into voucher schools that ended up being dropped from the Milwaukee Parental Choice Program. Estimates suggest that $139 million was spent over the last ten years in schools that failed to meet state expectations and were eventually barred from enrollment voucher students.

However, that $139 million looks like a pittance compared to the amount taxpayers have spent to send students to Wisconsin’s chronically failing, still-operating traditional public schools. That estimated cost was somewhere between $464 and $532 million in 2013-14 alone.

That data comes from the Department of Public Instruction (DPI), which has provided annual School Report Cards since the 2011-12 school year. DPI also publishes data that shows the average per-student revenue for each district in Wisconsin as well as on a statewide level. This allows us to understand the performance of these schools along with a general idea of the funding they receive.

There were 66 failing schools in Wisconsin in 2013-14. That was up from 58 in 2012-13. Of those 66 schools, 50 earned the equivalent of an “F” in both years. If you include the first year of report card data – the pilot year for the program that included 76 failing schools – then you’ll find 38 schools that have never earned a grade higher than “Fails to Meet Expectations” since the inception of the state’s School Report Cards. In all, 65 schools have earned the equivalent of an “F” two or more times in the past three years.

For this exercise, we’ll consider those 65 repeat offenders as chronically underperforming institutions.

In 2013-14, those 65 schools enrolled more than 37,000 students. If we use the statewide average revenue per student, then these schools received approximately $12,512 per pupil (based on the most recent DPI data, which comes from the 2012-13 school year). If we use Milwaukee’s average revenue per student – which is relevant here since all but six were located in the state’s largest district – that comes out to approximately $14,333 per pupil. Since these numbers lag a year behind the data, it’s safe to say that the overall estimated spending in these schools may be slightly less than their actual totals.

Here’s what it looks like when you apply that per-student spending to enrollment in these chronically underperforming schools:

But what designated these schools as failing? We used the state’s report card formula to single out each institution that earned a “Fails to Meet Expectations” grade. In 2013-14, these schools earned an average report card grade of 45.8 points out of 100 – seven full points below the “Meets Few Expectations” cutoff. The average student achievement score was 26.8 points out of 100, and 12.1 points when it came to reading. The average student growth score was better, but still underwhelming at 56.7 points.

These schools have been expensive failures for Wisconsin. While movement has been made to pull chronically underperforming voucher schools from accepting state funding, the state’s worst traditional public schools have accepted revenue of an estimated half billion dollars in 2013-14 alone.

This highlights the need for stronger accountability and sanctioning not just in the state’s school choice programs, but in all matter of publicly funded schools. No one, not schools, parents, students, or taxpayers, can accept this kind of return on their investment – especially when the future of the state hinges on it.