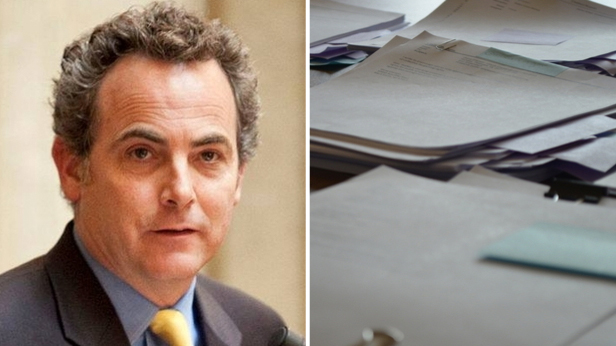 [Madison, Wisc…] An in-depth analysis of more than 1,500 emails sent to Sen. Jon Erpenbach’s (D-Middleton) office during the 2011 protests shows that many government workers not only used government resources during normal business hours to lobby the senator on Act 10, but they also made outlandish claims that publicly available data shows never materialized.

The MacIver Institute obtained more than 2,100 pages of emails after a multi-year legal fight with Erpenbach and has spent months combing through each email.

After Big Labor union bosses embellished their political rhetoric over the supposed damages of Act 10, it is not surprising that similar language trickled down to government employees in their emails to Erpenbach. While the unions decried Act 10 as a law that would force people to leave their professions, many teachers and other government employees made similar claims about massive pay cuts and the inability to pay for their homes or other necessities.

An employee at a southern Wisconsin school district perhaps made the farthest reach by claiming her house would be foreclosed on if she was required to make small contributions to her health care plan and pension.

“I already struggle to make ends meet and to make my mortgage payments,” she wrote in an email to Erpenbach.

On top of a six-figure compensation package, the same employee owns a lakefront home worth more than $550,000, according to local county property records. The employee owned the same house at the time of her email in 2011.

Multiple emails to Erpenbach’s office were very similar. MacIver has released a small sampling of the emails below.

One emailer from a Dane County school district claimed Act 10 would force her to live on public assistance.

“This puts me on state money, you will be paying for my insurance, my food, my housing,” her email read.

A technical college instructor complained in an email to Erpenbach that she wouldn’t be able to afford the current necessities and leisure activities that her and her family enjoy.

“We will have less money to do the following: buy groceries, have well doctor visits for things such as vaccinations etc., attend sporting events (such as UW games), and pay for our kids college education,” wrote the instructor.

Upon further investigation it was found that the individual made nearly $94,000 in salary alone for the 2012-13 school year.

A government employee who works for a county northwest of Madison, whose wife also works for a local school district, asked how they would be able to keep up with mortgage payments if Act 10 passed.

“Will I be able to keep my house?” asked the public employee.

Another Dane County school district employee also questioned whether or not he would be able to keep his home.

“How are we going to keep the house?” asked the school district employee.

A school district employee in Jefferson County claimed that paying her family’s bills would become difficult and that she and her family would not be able to keep their home.

“I do not know how we are going to pay our bills. My daughter is really attached to our house. It breaks my heart knowing that we will most likely not be able to keep it,” she wrote.

Property records show that she and her husband still own the same home as they did in 2011.

One emailer went so far as to say that public employees would be discriminated against socially and politically if Act 10 passed.

But the school district employee still owns the same home worth more than $237,000. The employee also made over $88,000 in salary and benefits in the 2012-13 school year, the last year she was employed with the school district, according to public records.

A school district employee in Manitowoc County confirmed what many Wisconsin residents speculated over when it seemed teachers were skipping class to protest at the state capitol.

“I called in sick today to participate in the protests in Madison,” was written in the first line of her email.

After investigating theses exaggerated claims made by government workers, MacIver found that many of them were still employed (often by the same institution), still owned their homes, did not have to file for bankruptcy, and saw salary increases rather than the cuts they claimed they would be facing.

After receiving unredacted copies of emails about Act 10 sent to Sen. Erpenbach’s office during the 2011 protests at the state capitol, we at the MacIver Institute have decided not to release the names of the individuals that sent the emails. We think legislators do not have the right to decide what public documents should be shielded from public view, and the court agreed. However, we believe the names of the individuals are not relevant to this story. Our ultimate goal was to simply find out how many government workers were lobbying Sen. Erpenbach about Act 10 while being paid by taxpayers and to check the validity of their statements. We want to keep the focus of this story on the outlandish claims, some would say outright lies, of the union members and Big Labor, not some trumped-up charge from our critics that we violated someone’s privacy. We hope that by reporting on this story in this fashion the public will look at the facts and be leery next time Big Labor makes unsubstantiated and over-dramatic predictions about a common sense policy change. Therefore, we have no intention of publishing the identities of the people that sent emails we received in our open records request.