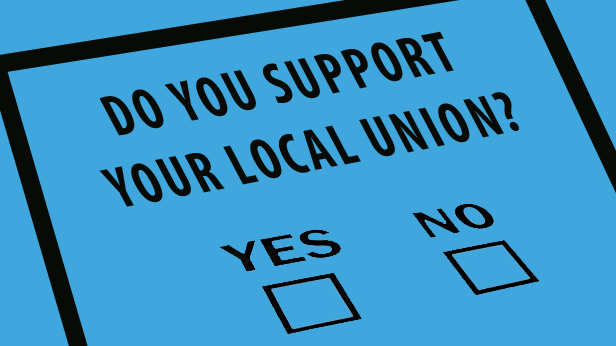 Nearly 15,000 Members Didn’t Vote In Favor of Their Union

Under the 2011 Act 10 reforms, the Wisconsin Employment Relations Commission (WERC) is required to hold annual recertification elections for unions associated with school districts. Unions must attain “yes” votes from 51 percent of eligible union members to continue serving as an authorized collective bargaining unit – making a non-vote essentially a vote against union recertification.

The Appleton Area Substitute Teachers Association was the largest union to lose its recertification vote. Only 122 of the 270 members (45 percent) voted in favor of the union.

Members of the Elkhorn Education Association – the district’s main teachers’ union – also voted to decertify in this year’s election. This was the second largest union to lose a vote, only gaining support from 43 percent of members.

If a union chooses not to seek recertification or loses it recertification vote, it can no longer represent employees at the bargaining table. Since Act 10 went into effect, public sector unions are only allowed to negotiate base-level pay, which cannot exceed inflation.

Most major Wisconsin school district unions that filed for a recertification vote garnered more than 51 percent of their members’ support. Members of unions representing teachers at MPS and Madison’s schools both voted to approve their collective bargaining units.

While a majority of unions that sought recertification gained more than 51 percent of support in their elections, a large number of union members chose to vote against or not vote for their collective bargaining unit. In total, 14,820 union members did not vote in favor of recertification.

This could spell bad news for unions. The amount of bargaining units even trying to recertify dropped by more than 25 percent since last year and thousands of public union members all across Wisconsin did not vote in support of being represented by their union.

According to reports, about half of WEAC affiliates did not even try to get recertified this year.

Kippers tried to neatly portray this year’s elections as a success for unions, but other union bosses have cranked up the rhetoric in the past. Before last year’s recertification elections, a local union boss compared them to communist China.

“Gov. Walker and his Employment Relations Commission are taking a page right out of the playbook of communist China, making a complete mockery of the idea of fair elections,” said Boyd McCamish, Executive Director of AFSCME Council District 48, at the time.

McCamish was clearly against the recertification elections and spoke out against the timing, which fell over Thanksgiving break. However, the reason for the timing was because Dane County Judge Juan Colas tried to delay the elections. The Supreme Court overturned his decision last year and the elections took place from November 29th to December 19th.

This year’s recertification elections saw fewer fireworks as union bosses tried to prolong the status quo. But according to the results, it seems many union members are headed in a different direction.