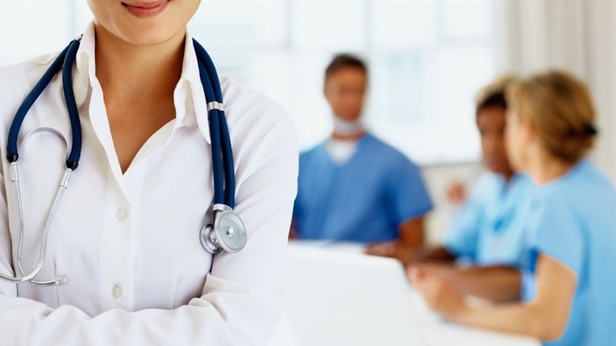 For the first time in Wisconsin’s history, every single person living in poverty has access to health care coverage through BadgerCare, the state’s Medicaid plan. In fact, every single person in Wisconsin has access to some type of affordable care – according to the non-partisan Kaiser Family Foundation – whether it is from BadgerCare, a private insurance plan through an employer or the federal health care exchange.

While some say that Wisconsin should have accepted the “free federal money” to expand Medicaid coverage, Gov. Walker made the right decision when he rejected this false promise and instead focused on making our current program better while working to move more Wisconsinites to private coverage.

First, there is no such thing as free money. Especially when it comes to a federal government that is nearly $18 trillion dollars in debt. It doesn’t matter what level of government is spending tax dollars, it all comes from one source, you the taxpayer.

Supporters of expansion have even gone so far as to say that we have a moral obligation to accept the money. What about our moral obligation to leave the country better off for the next generation? How is it moral to drown our children and our grandchildren in a tidal wave of debt driven by unceasing spending increases?

In addition to being the right decision morally, the data shows it was the correct decision. A new report from the John K. MacIver Institute for Public Policy and the National Center for Policy Analysis shows that Wisconsin should serve as a model to other states looking to reform their Medicaid programs while saving taxpayers money.

According to the study, taxpayers will save up to $752 million through fiscal year 2017 by rejecting the federal expansion.

Supporters of expanding Medicaid even argue it will improve people’s health, but that is not the case. A report by Harvard and MIT professors about Oregon’s Medicaid program, which thanks to a lottery system allowed for a scientific double-blind study, found that health outcomes for people on Medicaid were no better than those who were uninsured.

Medicaid enrollees also face poor access to care. One-third of physicians do not accept new Medicaid patients, which is almost double the rate at which people with private insurance are denied.

Expanding Medicaid would actually drive up health care costs, as well. Medicaid reimburses doctors at about half the rate (49 percent) of what private insurance does for primary care and at about 62 percent for all physician care, according to our study.

If Wisconsin forced thousands of additional people onto the Medicaid rolls, when they could instead enroll in low-cost private health insurance, hospitals and physicians would have to hike up rates for patients paying out-of-pocket or with private insurance. Essentially, accepting the Medicaid expansion would cause health care costs to skyrocket even more than they already have under the Affordable Care Act.

There is no doubt that others will try to twist the data to show that accepting the Medicaid expansion is a good idea, but the facts are simply not on their side. The expansion would cost taxpayers hundreds of millions of dollars more, the health of enrollees likely would not improve and health care costs would increase even more for the rest of Wisconsinites.

Taxpayers should be proud of the way the Badger State handled the Medicaid expansion.

Everyone in Wisconsin, for the first time, has access to affordable health care coverage, and that is why when it comes to the Medicaid expansion, Wisconsin got it right.

A version of this column was published in the Milwaukee Journal Sentinel, Wisconsin State Journal, Appleton Post-Crescent, Superior Telegram, and Wausau Daily Herald, among others.