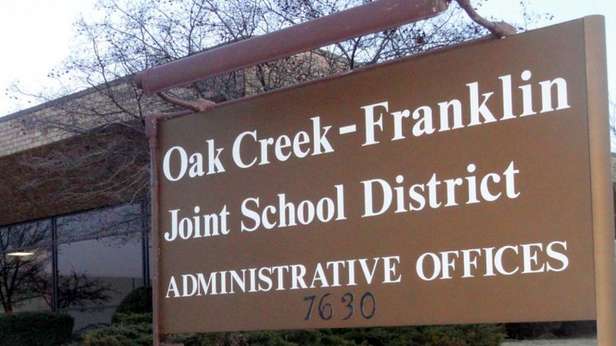 [Madison, Wisc] Wisconsin voters approved $470 million in new funds for various local school districts across the state on Tuesday. 43 school districts placed 53 separate revenue and debt authority referenda on the election day ballots and 35 of the measures were approved statewide.

$309.5 million in new debt authority was given the green light in 15 school districts. Over a third of the approved debt come from two districts, $59 million at Oak Creek-Franklin in the south suburbs of Milwaukee and $54.6 million for Oregon School District just south of Madison.

Oak Creek-Franklin plans to build two new schools with the funds while Oregon’s debt issuance will fund additions and improvements for existing facilities.

A separate debt initiative of $7.3 million was defeated at Oak Creek-Franklin, which would have contributed to a new auditorium for an existing school.

Oregon voters also approved $355,864 in new recurring revenue to keep up with maintenance costs in the future. This revenue increase is permanent and a referendum vote was necessary to approve levy amounts over the limits set by state law.

Another big debt initiative in the Hudson School District – located across the St. Croix River from Minnesota’s Twin Cities – was defeated Tuesday. School officials in Hudson wanted $100 million in issued debt to build a new high school, remodel the existing high school and relocate the administrative offices. An additional $6.6 million was asked for to construct a new auditorium for the district.

Hudson voters rejected both measures with 58 percent of the vote.

$160 million in non-recurring revenue was approved by voters in 16 districts. $127.5 million of that total will be at the Racine School District and will come in yearly $8.5 million amounts over 15 years. Non-recurring revenue initiatives are only binding for the years indicated on the ballot, meaning the extra revenue for Racine will stop after 2029 barring any additional action.

Racine’s revenue hike will be used to repair or rebuild existing schools, upgrade technology and improve safety and security systems.

$3 million of a possible $6 million in recurring revenue was passed in four school districts Tuesday.

Waunakee Community School District is responsible for $2.16 million of that total after 60 percent of voters approved the additional funding to keep up with operating costs in the future. Like Oregon, a ballot measure was needed to approve revenue increases in Waunakee that are above revenue limits set by the state.

Waunakee also overwhelmingly approved $44.8 million in debt authority to be used for various improvements and renovations to existing facilities.

The November referenda cap off a record year in which local voters decided on 196 new debt, revenue and energy efficiency ballot measures for local school districts statewide. 155 of the referenda were approved, which is also a record for the rate of passage at 79 percent.

Energy efficiency resolutions were the primary driver of the record number of ballot measures in 2014. 71 of the 155 approved measures were initiatives to exceed the state mandated revenue cap for energy efficiencies on a non-recurring basis.

As a part of the 2009 budget, school districts were allowed to hold referendum votes to exceed revenue limits for energy saving projects that will cut or avoid energy costs in the future. Many school districts have used the referenda to install LED lighting at their facilities or invest in renewable energy sources.

The amount of non-energy related referenda, those initiatives focused on issuing debt or raising revenue, is the highest it has been since 2008 at 125 total initiatives. 84 of the 125 non-energy referenda were passed, also a 15 year record with a passage rate of 67 percent.