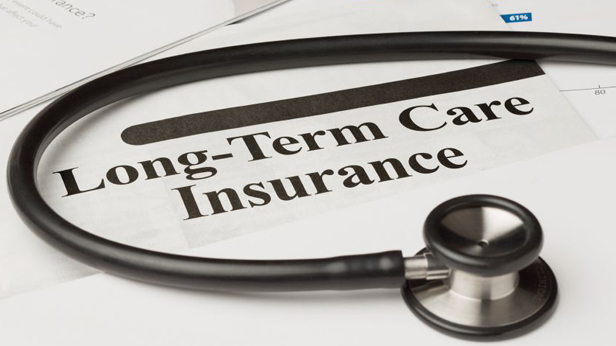 Medicaid, the state/federal health care program for the poor, covers a variety of health services, including long-term care (either in a nursing home facility or through at-home visits) for those whose income and asset thresholds are low enough to qualify for Medicaid. Approximately 80,000 Wisconsinites are receiving some form of long-term care, and that number is expected to grow more than 2 percent annually. In fiscal year 2014, 40 percent of state Medicaid expenditures in Wisconsin were spent on long-term care, even though only 7 percent of Medicaid enrollees were receiving long- term care services.

About 15 percent of Wisconsin residents age 65 and over are in a nursing home, compared to the national average of 13 percent. Wisconsin is facing some challenges that will result in future growth in Medicaid long-term care expenditures.

Wisconsin has a public/private partnership program that encourages individuals to purchase private long-term care insurance in exchange for asset protection before qualifying for Medicaid. Wisconsin’s program is the dollar-for-dollar model; for every dollar of long-term care coverage an individual purchases, that amount of assets is protected from spend-down requirements in the event the individual exhausts the coverage on his/her private long-term care policy. The amount of asset protection is also the amount the insurer pays out in long-term care benefits. But the Medicaid public/private partnership is not as effective as it could be because it focuses on preserving assets, not income.

Federal law requires that “states must recover, at a minimum, all property and assets that pass from a deceased person to his or her heirs under state probate law,” except in the event it is not cost effective for the state to do so. In 2013, the Wisconsin legislature expanded the property Medicaid could recover to pay for long-term care costs. The general premise in expanding the asset recovery program was that taxpayers should not be required to pay long-term care costs simply because beneficiaries wish to pass their estate on to their heirs.

Recommendations to Reform Long-Term Care.
Following are some recommendations to further manage the increasing cost of long term care while providing services to residents who truly need them.

At the federal level, allow states to establish their own home equity limits, or none at all, for Medicaid eligibility. The current minimum and maximum home equity exemptions of $543,000 and $814,000 are large enough that almost anybody who is asset rich and cash poor can qualify for Medicaid. Instead, state legislatures should be allowed to establish their own, lower home equity limits, based on the median home price in the state and the distribution of assets among the residents’ income quintiles.

Allow Medicaid to require and support reverse mortgages as an alternative to asset recovery. One option that could replace asset recovery after the death of the institutionalized spouse would be to require the use of reverse mortgages before Medicaid kicks in. Reverse mortgages allow homeowners age 62 or older to borrow against their home equity and receive the money in the form of a steady stream of income (annuity), a lump sum payment or a line of credit they can draw on. This income could then be used to pay for long-term care.

Phase out the public/private partnership, and replace it with a state income tax credit for the purchase of long-term care insurance. Public/private partnership program participation has been marginal at best, and more popular with higher-income households, who are least likely to qualify for long-term care through Medicaid to begin with. In order to provide a greater incentive for the purchase of long-term care insurance across all income and wealth levels, offer a tax credit toward state income taxes that phases out with higher income levels.

Use home care in place of institutional care when possible. Through new programs under the Affordable Care Act, states can provide statewide home and community-based supports as an alternative to institutional care. The Community First Choice Option program allows states to receive an additional 6 percent in federal matching funds. Eligible recipients are those with incomes up to 150 percent of the federal poverty level or those with incomes over 150 percent of the poverty level who would otherwise be eligible for Medicaid services in their state.

Growing Needs. Wisconsin’s aging population is expected to grow at a rate that is faster than the national average, meaning a growing need for long-term care. Wisconsin has not ignored this fact, and over the past few years, legislators have enacted some measures designed to reduce the cost of Medicaid long-term care. It is too early to tell whether these measures, such as expanding asset recovery, will have any effect. But provided they are effective, Wisconsin could be a model for other states to follow.