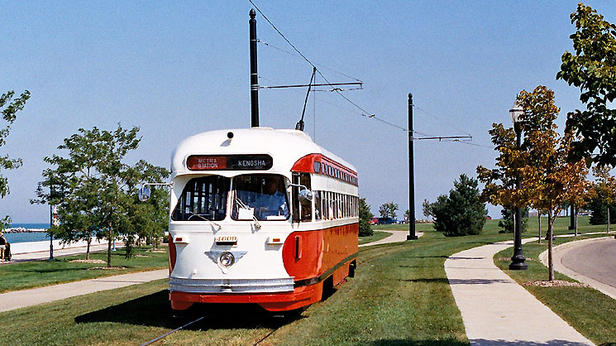 [Milwaukee, Wisc…] Milwaukee Mayor Tom Barrett announced on Tuesday plans to increase the size of the route for his proposed streetcar. Barrett’s announcement came a day after he filed a lawsuit in Circuit Court to overturn the Public Service Commission’s (PSC) decision that the city would be required to pay for moving any utility lines.

Mayor Barrett’s original proposal included a 2.1-mile loop for the streetcar and was expected to cost $65 million. After claiming the local utility companies would have to pay for moving lines below the proposed tracks, MacIver Institute President Brett Healy filed a complaint with the PSC as a WE Energies customer.

If the utility companies were forced to pay the tens of millions of dollars to move utility lines, it would likely result in a rate hike for their customers. Healy argued that residents outside of the City of Milwaukee should not be forced to pay for Barrett’s streetcar.

After PSC’s announcement that the city would be required to cover the costs of moving utility lines, Barrett filed a lawsuit to appeal its decision. He also announced his new plan on Tuesday that calls for 4.6 miles of track and a new total cost of $123.9 million.

Barrett plans to pay for the increased costs by creating two tax incremental financing (TIF) districts on East Erie Street and East Michigan Street. The TIF districts are expected to raise $49.3 million in funds specifically for the streetcar.

A TIF district allows the property taxes from new construction and the investment increase in value of existing property within a geographic area to be pooled and the City uses this revenue stream to pay for the improvements (streets, sidewalks, etc.) made within the TIF district.

While the tax revenue would supposedly come from new development in the area of the streetcar, a previous MacIver report shows a major increase in development may not occur without substantial taxpayer-funded subsidies.

In 2012, MacIver partnered with national urban infrastructure expert Randall O’Toole to reveal how Milwaukee’s streetcar project is little more than a scam. An expanded bus system in the city would cost millions less and economic development along the line would most likely not happen without more government subsidies.

The joint study also questions the “boon” the city would get from new public transit, saying that real improvements would repair streets and update traffic signal systems.

Milwaukee Alderman Bob Donovan is opposed to Barrett’s streetcar plan. He thinks taxpayer funds could go toward much better projects, like fixing the city’s roads.

“I continually hear from people, ‘Bob, why don’t we pave the roads before we start buying tracks and street cars downtown?'” Donovan told Milwaukee’s FOX6 News.

The Common Council is expected to vote on the new streetcar proposal in December.