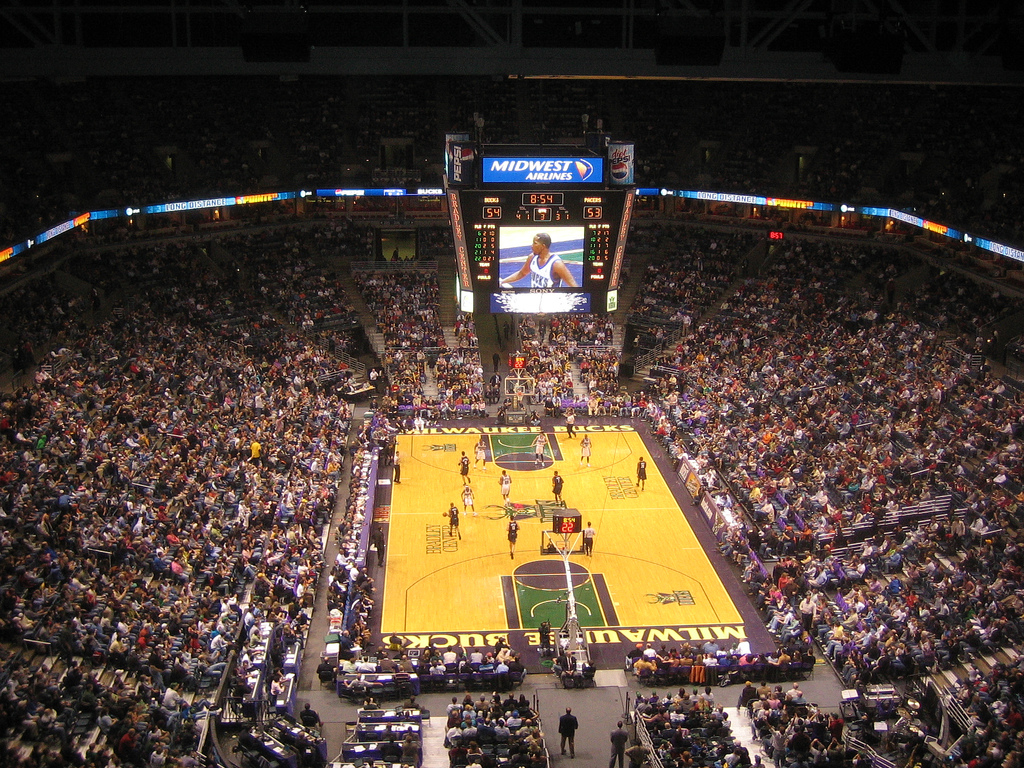 [Madison, WI] Assembly Speaker Robin Vos (R-Rochester) released a memo to the public on Friday from the non-partisan Legislative Fiscal Bureau (LFB) on how much Wisconsin income taxes is generated from NBA players and other personnel related to the Milwaukee Bucks professional basketball team. The new owners of the Milwaukee Bucks are seeking to build a new arena to replace the BMO Harris Bradley Center in Milwaukee.

Vos’ release of the LFB memo marks the first time that a funding proposal for a new arena has been put down on paper and researched by a state agency.

The NBA has created a deadline to replace or at least have a clear plan to replace the Bradley Center by 2017 or face losing the franchise.

According to the memo, $10.7 million in state income taxes were collected from Bucks players and related Bradley Center employees for the 2012 year.

The memo went on to say that $10.7 million in revenue per year is enough to fund $150 million in general obligation bonding, assuming a 20-year flat repayment structure. Interest over that time period would be $64 million, leaving the overall total at $214 million.

The memo was originally produced for the Speaker on September 30, but Vos withheld it from the public until Friday.

Total cost estimates for the new arena are said to be anywhere from $400 million to $500 million.

In a press release accompanying the release of the memo, Vos (R-Rochester) said that this bonding proposal is a “viable option that the Legislature could consider.”

Vos also said that public funding measures coming out of Madison for the arena “will be a tough sell” for Assembly Republicans. Republicans widened their majority in both chambers after last week’s election.

Future Assembly Majority Leader Jim Steineke (R-Kaukauna) agreed with Vos in a press release also sent out Friday, saying that spreading the financial bill out to the entire state would be hard for many out-state residents to accept.

“In this case, the new Bucks owners are asking the entire state to pick up a portion of the tab,” explained Steineke. “This is a vast departure from the way we have operated in similar circumstances in the past.”

Spokeswoman Laurel Patrick from the Governor’s office told the Milwaukee Journal-Sentinel that elected officials, Bucks officials, and civic leaders would need to come up with a detailed plan before the Governor passes any judgment.