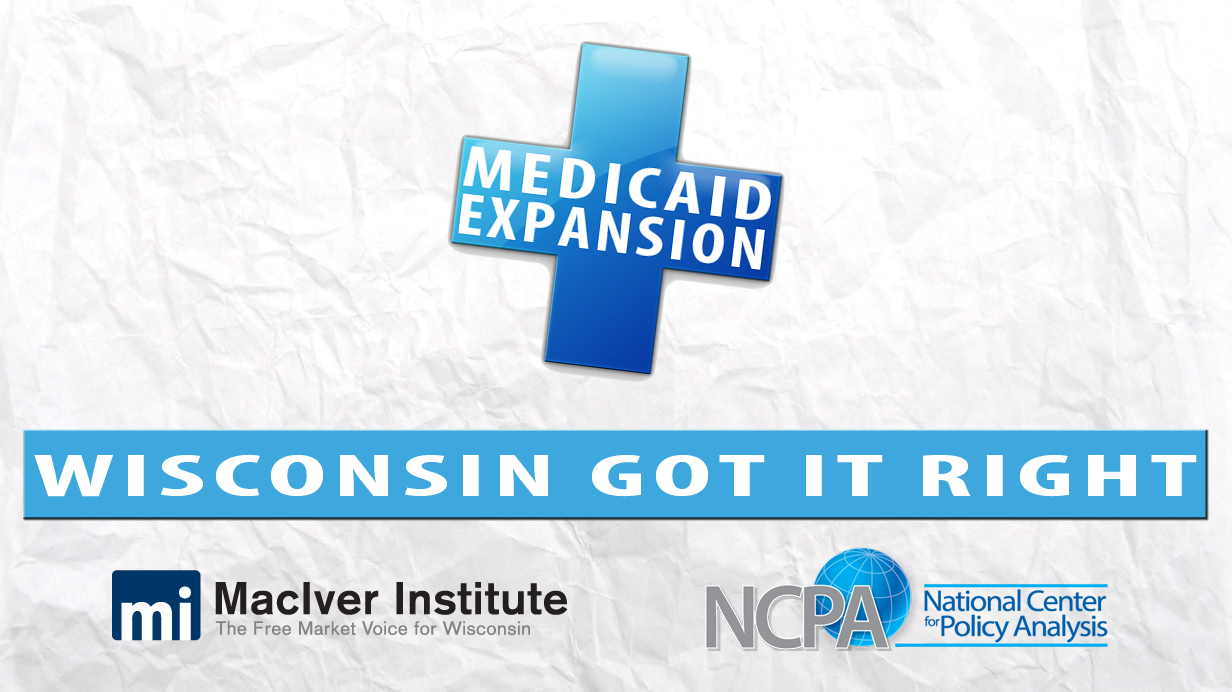 Wisconsin’s breakthrough Medicaid expansion plan sets a standard of cost-effective access for quality care that other states should follow, according to a new study from National Center for Policy Analysis and the John K. MacIver Institute for Public Policy.

The study notes that:

According to the study, individuals on Medicaid have poor access to care because fewer and fewer doctors are accepting new Medicaid patients. The report also points out that physicians are paid far less for patients on Medicaid than private insurance, which actually increases the cost of health care.

In addition to poor access to care, the study backs up data released earlier this year from the Oregon Health Insurance Experiment, which found that health outcomes for individuals on Medicaid are no better than those that are uninsured. The Oregon study also found that Medicaid enrollees visited the emergency room 40 percent more than the uninsured.

Read the full PDF version of the study by clicking here.