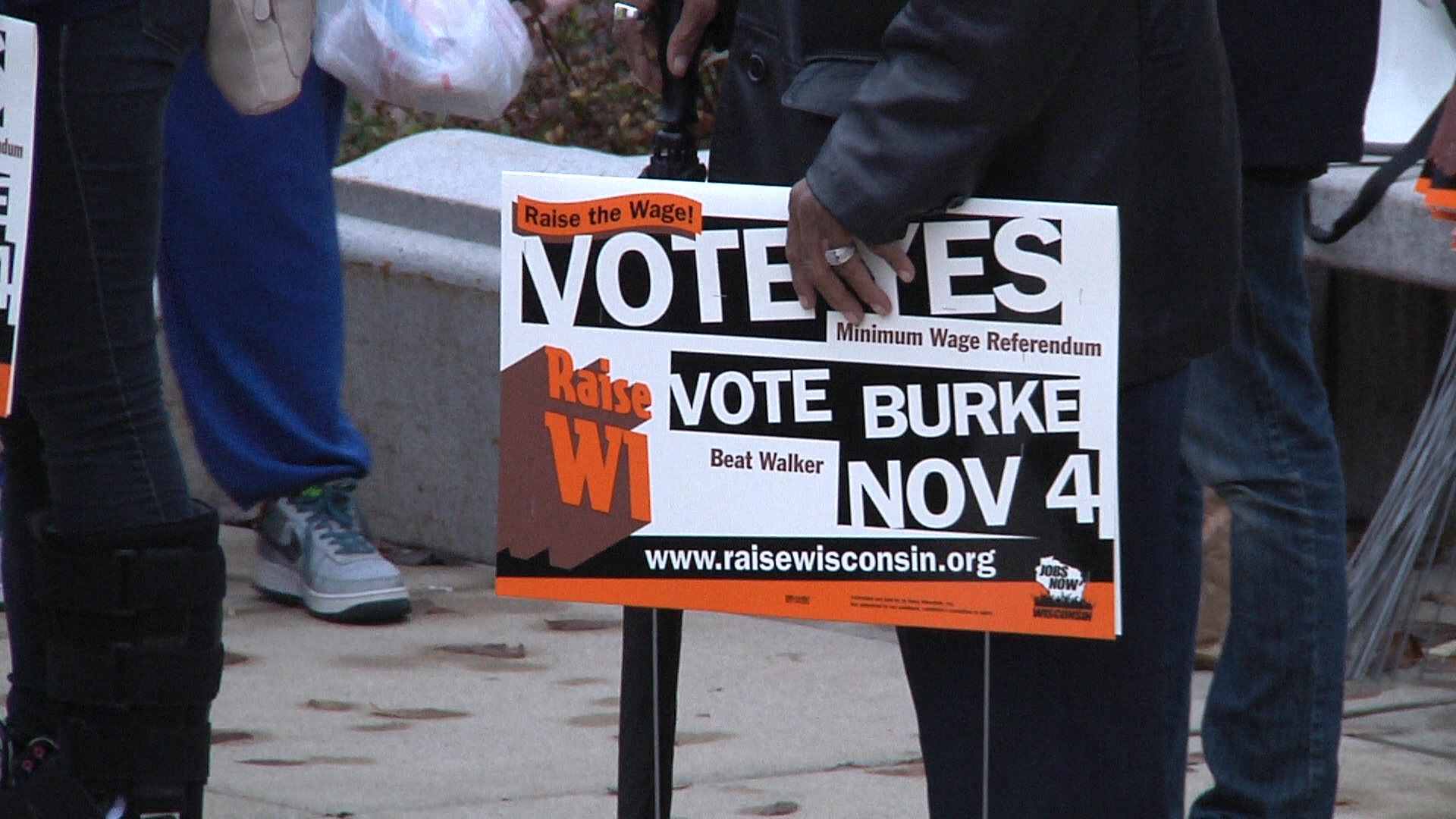 This fall, voters will again have more than just candidates to consider. Depending upon where they reside, voters will be asked to vote for a number of school funding referendums, a state constitutional amendment on transportation, and a set of non-binding resolutions to appeal to different constituencies to encourage them to vote.

One of those non-binding referendums is a proposal to increase the state minimum wage. Voters in Milwaukee County, Kenosha County, and Dane County will get to cast a ballot to raise the minimum wage from $7.25 per hour to $10.10 per hour. Voters in the Fox Valley communities of Appleton, Neenah and Menasha, a key battleground in the race for governor, will also get to vote on raising the minimum wage.

Voting for an increase in the minimum wage is an exercise in wishful thinking over economic reality. Yul Brynner cannot just say, “So it shall be written, so it shall be done.” Nor can the voters just assume that if the popular will demands it, wages will rise by government fiat without any consequences.

Raising the minimum wage will actually hurt the workers the proposal’s proponents claim to want to help. A study by the Wisconsin Restaurant Association says the increase to $10.10 per hour will result in a loss of 16,500 minimum wage jobs, including 11,070 under 21. In the “war on women,” women would lose 9,200 jobs if the minimum wage was increased.

This is not surprising since an analysis by the MacIver Institute showed the state lost 7,109 teen jobs between 2005 and 2012 after the minimum wage increased from $5.15 per hour to the current $7.25 per hour.

Wages will rise for some, including public employees whose wages will be adjusted upward with the new minimum wage. But for others the new wage will be zero. Ramses II lost the first born of Egypt in The Ten Commandments. How much of our next generation will be lost with no entry level jobs for them after another increase in the minimum wage?

If we can calculate the collateral damage of a new minimum wage at $10.10 per hour, what will be the damage at higher levels? This isn’t just an academic question.

Milwaukee County supervisors defined a “living wage” at $12.45 per hour, or 110% of the federal poverty line for a family of four, assuming 40 hours of work. SEIU-fueled protests are demanding $15 per hour to be served at fast food restaurants.

John Nichols in the Cap Times helpfully explains just what the real demands for a “living wage” are on employers, according to the Massachusetts Institute of Technology “living wage calculator.”

(It’s interesting that nowhere in the discussion of the “living wage” is the value of the work performed or the experience and abilities of the person, even at the levels Nichols writes about. What was that? “From each according to his ability, to…”)

Clearly, if Republicans were to abandon their opposition to an increase to $10.10 per hour, those advocating such an increase would only demand more.

But this isn’t about sound public policy. The non-binding referendums supporting an increase in the minimum wage are about politics and increasing the base vote for the Democrats.

Wisconsin Jobs Now Executive Director Jennifer Epps-Addison explained to the Huffington Post, “We think there is a huge base of people who this is their top issue, that will come out to the polls not because they want to support a particular candidate, but because they want to have their voice heard on this issue, which is largely being ignored in our state legislature.”

In the same interview, Epps-Addison said, “We want to make sure that folks who are most directly affected by the level of income inequality in Wisconsin have their say at the ballot box, and that will translate to some level of political power for them.”

As the MacIver Institute recently reported, a rally to support an increase in the minimum wage quickly turned into a rally for Mary Burke, Governor Scott Walker’s opponent in the November election. Wisconsin Jobs Now is also running an early voting effort in Milwaukee with flyers that read, “Beat Walker.”

That these referendums are being held in Milwaukee and Dane counties as well as the politically important Fox Valley area are further indicators that the referendums are more about driving the vote than they are about public policy.

Political cynicism thrives when sound economics are asked to give way to liberal wish fulfillment. Fortunately the referendums are non-binding, and the only wish that may be fulfilled is higher voter turnout.