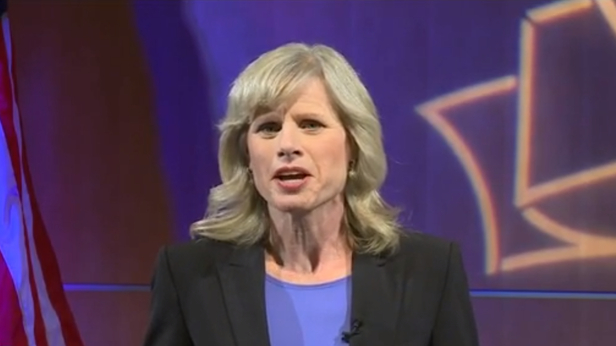 Walker and the state legislature chose not to accept federal funds that would cover 100% of the expansion of Medicaid eligibility for the next three years and 90% after that. Instead, Walker chose to eliminate the waiting list for BadgerCare, the state’s Medicaid program, while transitioning those above the federal poverty line to the federal exchanges.

In terms of increasing health insurance coverage, the Walker approach has been a success. An additional 97,059 people under the federal poverty line now have coverage under BadgerCare. Another 36,000 have taken advantage of the differing levels of subsidy in the federal healthcare exchange. According to the Kaiser Foundation, Wisconsin is the only state to reject the federal funding without a healthcare coverage gap.

But was it the fiscally responsible decision? According to Burke, the answer is no.

“When Governor Walker turned down the expansion of this federal funding, this was fiscally irresponsible. It’s $206 million dollars in this budget alone. Over the lifetime, I mean, it will be billions of dollars. And this is money that could come into Wisconsin’s economy that fuels our economy and brings down our health care costs for everyone. We know that when people turn down this money, people still get sick. It’s just that we’re not getting any money to pay for it.”

During the rebuttal phase, Burke added, “I stand by the fiscal irresponsibility of this decision. This is hundreds of millions of dollars in this budget alone. It is billions of dollars over, over the next ten years and the Wisconsin taxpayers deserve this. The thought that we would turn away… This is Wisconsin taxpayer money that we pay to Washington and the fact that we don’t have a governor that is fighting to get that money back here in Wisconsin is irresponsible.”

Burke is wrong on the question of fiscal irresponsibility for turning down the expansion of federal Medicaid funding. Accepting federal funds, even in the short term, hurts Wisconsin taxpayers.

Even in the Obama era, federal money must come from borrowing, taxes, or inflation. According to the Legislative Fiscal Bureau, increasing the eligibility for the state’s Medicaid program will cost taxpayers a net extra $752 million through fiscal year 2017.

As far as getting back “Wisconsin taxpayer money that we pay to Washington,” the money we send to Washington is already spent and then some. This would be an extra $752 million the government would have to borrow. In the long term, that is money that will have to come from the taxpayers in extra taxes (plus interest). If Burke was being honest, instead of saying that we’re getting Wisconsin money back from the federal government, she would say we’re just taking from the next generation to pay for spending now.

Even assuming federal money is somehow free money, the deal is not good for Wisconsin in the long term. Burke said during the debate that, “as a businessperson,” if someone offers a three-year contract to give you money, you should take it. Nobody knows what the future holds, according to Burke, so Wisconsin should take the money now.

I’m surprised she didn’t “borrow” the line from John Maynard Keynes, “In the long run we’re all dead.”

But state governments should not take such a short-sighted view, especially when we can see the future. After three years, the state is responsible (at a minimum) for 5% of the expansion in Medicaid spending, and the state’s share grows to 10% in 2020.

Once Wisconsin is committed to such an entitlement expansion, it’s impossible to imagine the state suddenly shrinking the state’s Medicaid program back to size. Look at the resistance to the current changes in the BadgerCare program even though they resulted in more people having insurance coverage and coverage for everyone under the federal poverty line.

Even if the federal government will keep to its promise of 90% matching, a big if, the state of Wisconsin was projected to spend $3.39 billion while expecting $3.25 billion in return from the federal government over the next seven years. That commitment to millions in new health care spending will only grow over time, increasing budgetary pressures.

As for people getting sick, a recent study by the MacIver Institute and the National Center for Policy Analysis shows that Wisconsin residents transitioned to private medical insurance will actually have better health outcomes than if they benefitted from expanded Medicaid coverage. Because of the low provider reimbursement rates, Medicaid patients have a harder time finding a physician than if they were on private insurance. Medicaid expansion also tends to “crowd out” private insurance at the lower end, causing more patients to drop private insurance for Medicaid coverage, making the problem worse.

So Burke is correct that people will still get sick regardless if the state expands Medicaid coverage. There is no trip to Lourdes built into Obamacare or Walker’s healthcare plan. But the expansion of Medicaid will mean less sick people getting well. Meanwhile, Medicaid patients rely on the emergency room more than private insurance patients, raising everyone’s health care costs.

But Burke is wrong when she criticizes the decision not to expand Medicaid in Wisconsin to cover up to 133% of the federal poverty line. Accepting the increased amount of federal funding for Medicaid expansion is the fiscally irresponsible choice, both at the federal and at the state level. Wisconsin’s success in closing the coverage gap without taking the federal money is a plan that Burke should copy, not disparage.