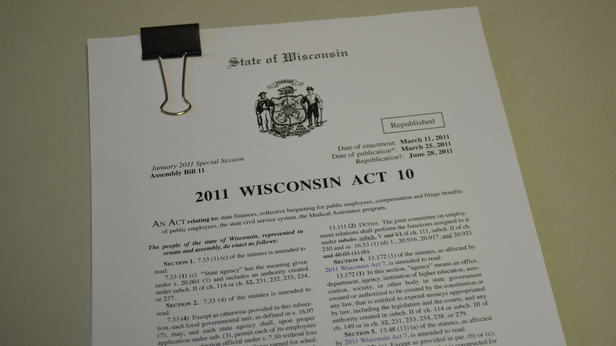 [Madison, Wisc…] The Wisconsin Institute for Law and Liberty (WILL) filed a lawsuit on Wednesday against the Madison Metropolitan School District (MMSD) on behalf of David Blaska for having a collective bargaining agreement in violation of Act 10.

The state Supreme Court upheld Act 10 in its entirety in July, but the Madison school district has yet to take advantage of the law’s reforms. In fact, Madison is the only school district in the state that has a contract in place for the 2015-16 school year that ignores Gov. Scott Walker’s signature law.

Before the Supreme Court upheld the law, Dane County Judge Juan Colas deemed Act 10 unconstitutional. The decision only applied to the parties of the lawsuit, which was filed by Madison Teachers, Inc. (MTI) – MMSD’s local teachers’ union. MTI negotiated with the district for new contracts prior to the Supreme Court’s decision.

Under Act 10, public sector unions cannot negotiate for anything other than base salary increases, which can be no higher than the rate of inflation.

The Madison school district agreed to a 0.25 percent salary increase with MTI – which is within the union’s rights – but both sides have refused to increase employee contributions for health care premiums. Currently, Madison teachers do not contribute anything toward their health insurance premiums.

WILL claims MMSD’s contract is in violation of Act 10 because it illegally negotiated with the MTI.

“The Madison School Board can choose not to utilize the Act 10 tools that would better serve their children and taxpayers, but they cannot enter into a contract containing terms prohibited by Act 10,” said Rick Esenberg, President and General Counsel of WILL.

“In every case in which Act 10 has been challenged, the courts have held it is constitutional. Labor contracts, such as the one between the School Board and MTI, that violate state law are invalid and unenforceable.”