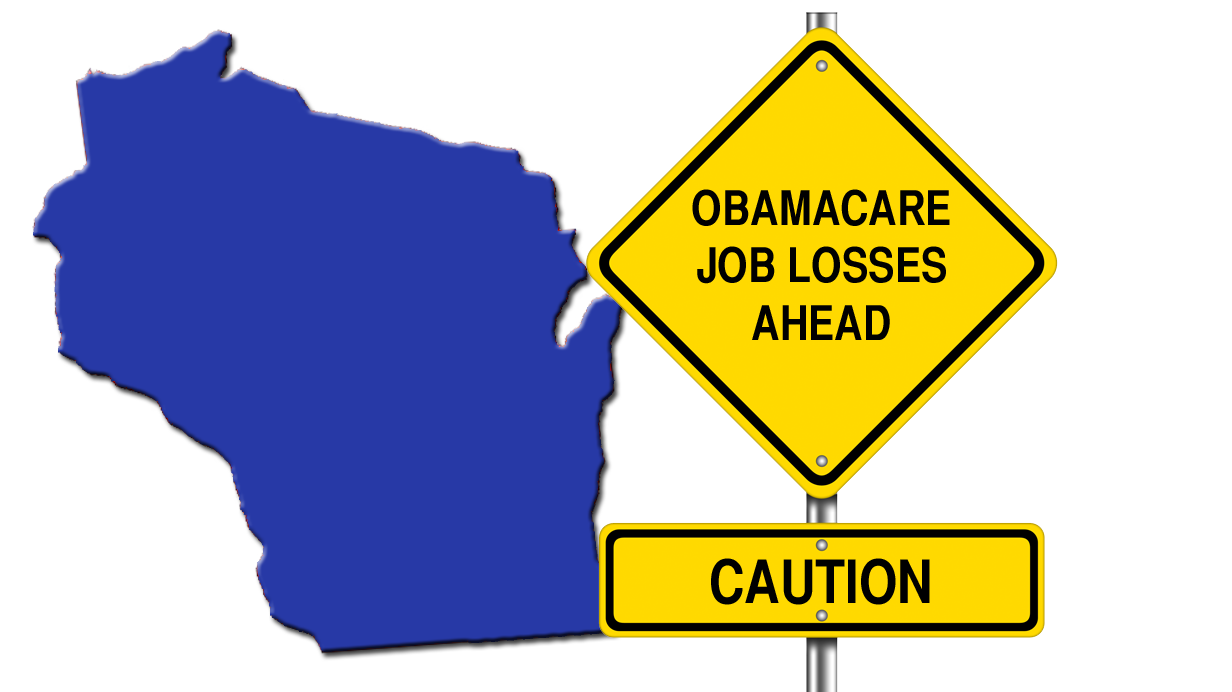 Study by American Action Forum reveals hundreds of thousands of lost jobs, billions in lost wages because of the Affordable Care Act (ACA)

[Washington, D.C.] Small businesses in Wisconsin saw an 11.7% increase in health insurance premiums, lost thousands of jobs, and employees have lost almost 500 dollars a year thanks to Obamacare, according to a new study from a Washington, D.C. think-tank American Action Forum (AAF).

AAF’s study calculates how employer health care premiums have affected weekly pay and employment trends among the fifty states both before and after Obamacare. Authors Sam Batkins, Ben Gitis, and Conor Ryan analyzed a mix of employment and wage data from the Bureau of Labor Statistics, health care premium cost data from the U.S. Department of Health and Human Services, and various other state-specific controls to determine the law’s effects for each state.

Under Obamacare, businesses with more than 50 workers must provide their employees with health care or face a fine. Taking this into account, the authors run separate calculations for businesses with 20-49 employees who are not subject to the law.

“Nationally, about 14.8 million worked for businesses with 50 to 99 employees. If we conservatively assume that half of them work year round and half work for only half the year, the employer mandate costs workers about $10.8 billion annually.”

“While there was no significant relationship between healthcare premiums and employment before the ACA, since 2010 small businesses have slowly started shedding jobs and reducing wages,” note the report’s authors.

Obamacare has not only resulted in lost wages for individual employees, premium increases for businesses are estimated to have cost 4,329 jobs in the Badger State.

Neighboring Illinois has even higher premium increases of 23.3 percent, leading to annual earnings losses of $1,260.28 for employees of businesses with 50-99 workers and job losses of over 16,000 for businesses with 20-49 workers.

Another Great Lakes state, Ohio, is among the five hardest-hit states. Annual income losses in Ohio for employees of small businesses with 50-99 workers are $1,467.92 because of the ACA. Job losses for businesses with 20-49 employees total 23,379 in the Buckeye State.

If the ACA is weighing down small businesses and causing jobs losses, this could have a detrimental impact on the Wisconsin economy, which has seen an encouraging 5.6 percent uptick in new business formations in the first six months of 2014. Traditionally, new business startups are small businesses, meaning new government mandated costs could be a threat to their survival.