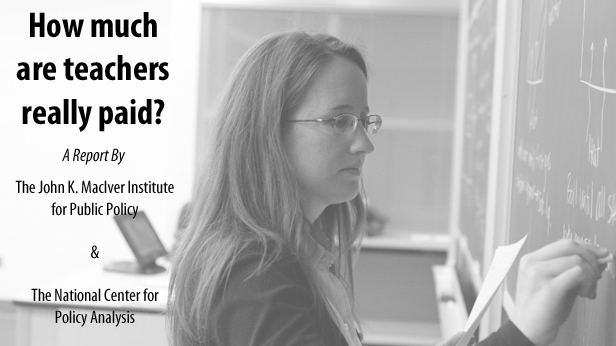 A Nationwide Analysis of Teacher Pay

Los Angeles and New York City elementary school teachers are some of the highest paid in the country according to the most recent Bureau of Labor Statistics data. It is no surprise that the country’s two largest cities would be atop this list, but what may be surprising is the city that beats New York and L.A.

Elementary school teachers in Milwaukee, Wisconsin are the highest paid amongst the nation’s large cities, according to this study from the John K. MacIver Institute for Public Policy and the National Center for Policy Analysis.

The joint report looks at median elementary school teacher pay, not including fringe benefits, in 60 selected metropolitan areas. Cities were selected on the basis of availability of data, their population and for geographic balance.

Comparing nominal teachers’ salaries provides a basic look into educator pay in the United States, but for a true comparison, salaries must be adjusted for the cost of living in each metro area. When adjusted for cost of living, Los Angeles drops from second highest ($74,280 – nominal) to 17th highest ($56,963 – adjusted). New York City drops even further, from third highest ($73,000) to 59th out of 60 ($33,152).

Teachers in Milwaukee do not move from the top spot, however. When adjusted for cost of living, teacher pay drops slightly from $74,540 to $73,078.

While high-cost cities like Los Angeles and New York see significant drops when teachers’ median pay is adjusted, less expensive cities like Memphis, Tennessee and Columbus, Ohio see major gains. Median teacher pay in Memphis jumps $8,851, from $51,770 to $60,621. Columbus teachers’ pay increases even more, from $61,050 to $70,011 – a difference of $8,961.

The median adjusted salaries in the 60 metro areas range from $32,312 in Honolulu, Hawaii to $73,078 in Milwaukee, Wisconsin. The national median salary for an elementary school teacher is $53,590.

Los Angeles students outpace Milwaukee students in spite of the fact that their teachers’ adjusted median pay is about $16,000 less. New York students perform even better on the NAEP tests despite adjusted median teacher pay that is nearly $40,000 less than teachers in Milwaukee.

While teacher pay varies greatly across the country, Milwaukee makes it clear that higher pay does not always translate into higher test scores. Moving forward, policy makers may need to look to other educational reforms if they intend on better preparing students for success.

Read the full report in PDF format by clicking here.