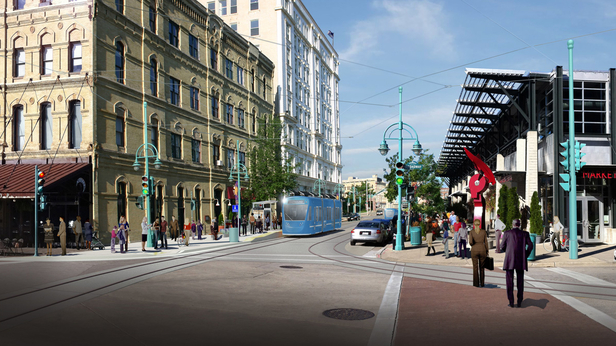 [Madison, Wisc…] The Wisconsin Public Service Commission (PSC) issued its final decision late last week in a case surrounding the Milwaukee Street Car. PSC agreed that the City of Milwaukee couldn’t force ratepayers outside the city to pay for the relocation of utilities.

The Wisconsin Institute for Law and Liberty filed the case in 2011 on behalf of MacIver Institute President Brett Healy as a WE Energies customer. The final decision was partially based on 2013 Wisconsin Act 20, which included a provision that would not allow municipalities to pass on the construction costs of building urban rail transit.

Milwaukee Mayor Tom Barrett has led the charge to build a streetcar downtown for years. The mayor’s plan would have required ratepayers outside of the city to pay for the relocation of utility lines because companies like WE Energies would have had to cover the costs estimated to by at least $20 million. The costs, however, could be as high as $45 million or more.

“It is common sense that utility customers throughout southeastern Wisconsin should not be forced to pay for this project. And I’m glad the PSC agreed with me,” Healy said in April when the original ruling was released.

With the decision being finalized by PSC last week, Milwaukee taxpayers will likely be on the hook for the millions of dollars in extra costs because federal funding will not pay for the moving of utilities.