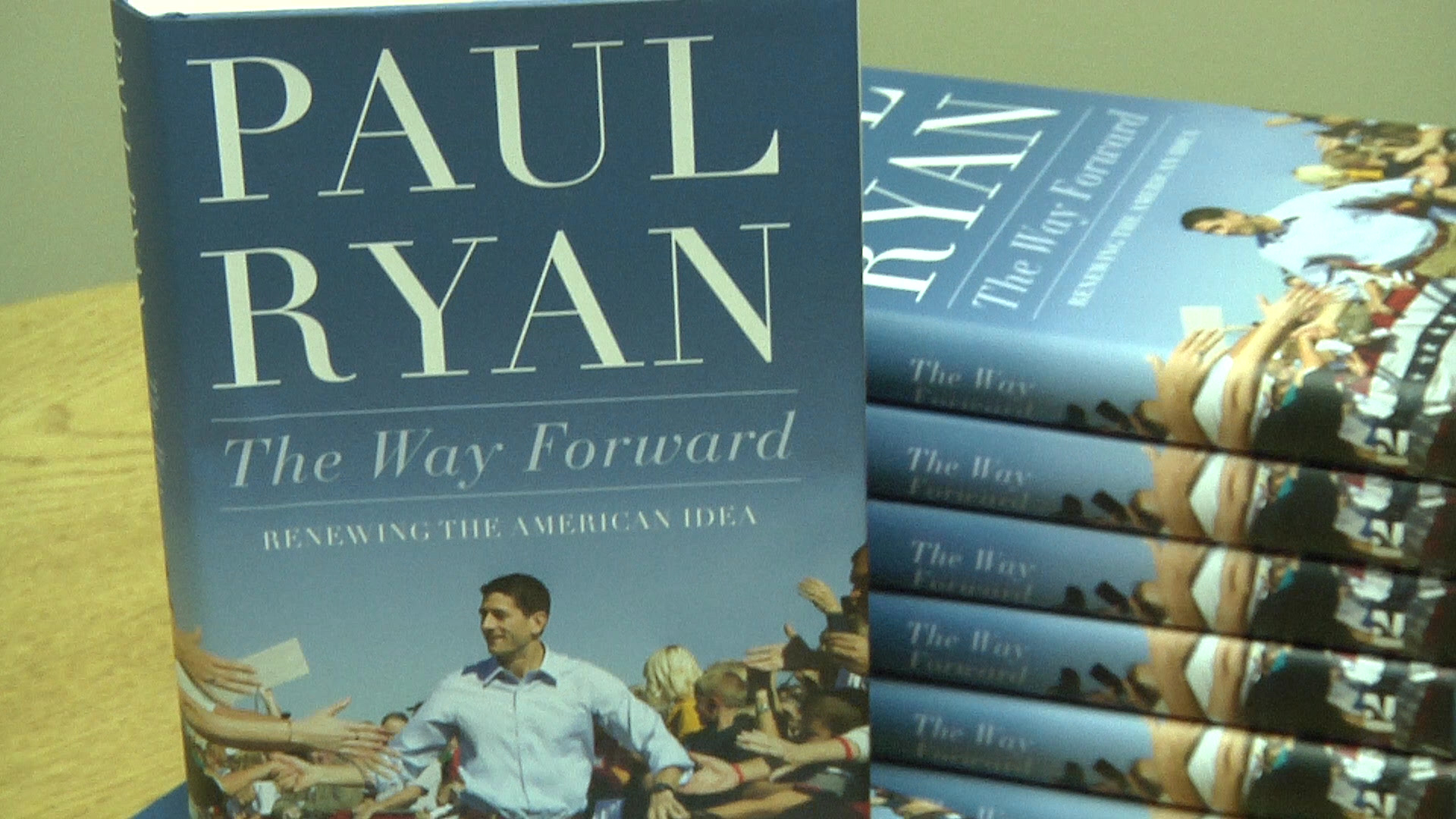 Congressman Paul Ryan is not afraid of upsetting people. His Roadmap for America, his willingness to tackle reforming the country’s entitlement programs, and even his willingness to strike a budget deal with Democratic Senator Patty Murray, are not signs of a timid politician.

In his new book, The Way Forward: Renewing the American Idea, Ryan willingly tackles the tough issues confronting the United States, and in the process even lectures his own party’s conservative base on the need to think tactically to achieve strategic objectives.

The Way Forward is part memoir, part political statement. Ryan takes the reader behind the scenes of the 2012 presidential campaign, but also through his life growing up in Janesville. The reader journeys through Ryan’s career as a congressman to after the 2012 election. Along the way, Ryan explains the policy battles that have led us to where we are now, and why Ryan is proposing the policy solutions in the latter part of the book.

No, Ryan is not as entertaining as Charles Dickens, but he does start with a tale of two cities, Janesville, Wisconsin and Detroit, Michigan. Both cities were until recently heavily dependent on the auto industry. But Detroit became a cautionary tale for America as it struggled with debt, high taxes and a breakdown of basic services.

But along Ryan’s journey there are cautionary tales for Republicans, too. Ryan was first elected to Congress in a mid-term election year dominated by the Monica Lewinsky scandal and the threat of impeachment for Clinton. Republicans expected to make electoral gains but the overreach by Republicans actually caused them to lose ground.

It was a scenario that repeated itself with the budget shutdown. Ryan points out that because Obamacare is an entitlement, there is no way to defund it through the budget process. Shutting down the government was only going to be a repeat of the shutdown failure during the Clinton administration. However, when he warned his colleagues that the shutdown would not work, they were being pressured by outside conservative groups.

One of his colleagues explained, “I’m happy to vote to fund the government, but we have to shut it down first. That way, we can prove what you’re saying– that it doesn’t stop Obamacare. But if I vote to stop the shutdown beforehand, then I could be cast as being in favor of Obamacare. I just can’t do that.”

“The bailout still happened, but it cost more money and set a dangerous precedent. The whole affair was a good reminder that votes that look “pure” can really pave the way for a more harmful policy. That outcome is anything but a victory for our party, our country, or our people.”

The way for Republicans to become a majority party again, Ryan explains, is to not only be in opposition to Obama’s policies, but actually advance better ideas in support of the party’s core principles.

“We must continue to point out how the liberal progressive vision takes us further away from the American Idea, but we must also offer an alternative vision that can restore it.”

“The American Idea” is the core of Ryan’s book. He describes it as, “a way of life made possible by our commitment to the principles of freedom and equality and rooted in our respect for every person’s natural rights.

To that end, Paul says America must pursue a path which, “…puts society, not government, at the center of American life. Through a restoration of our founding principles, it expands freedom and fosters risk-taking, ingenuity, and creativity. Instead of growing government, it grows the economy– offering greater opportunity and prosperity for all. Along this path, government provides the necessary support rather than taking on the commanding role.”

But to do that, the Republican Party must become again a majority party, which means it has to change. “…at least part of the GOP’s problem– and, therefore, part of the solution–lies in our party’s failure to grapple with today’s changing world. Our principles are timeless, but we must effectively apply those principles to today’s challenges. Our policy solutions must address what families face in their daily lives.”

While doing that, the Republican Party must reach beyond its white suburban base. “We have to go to every corner of our country and communicate who we are as a party, what we believe, and how our ideas will actually build a better future for every voter. And we have to do it every year, not just during an election year.”

He says the Republican message must be the message of his mentor Jack Kemp. “The American Idea is not just for the suburbs or white communities or people who want to work on Wall Street. It is universal, and if we pursue the right policies, then you can share in the prosperity, too.

Ryan is optimistic that the conservative message will have an appeal beyond the current Republican base. He suggests as part of that message a series of public policy proposals that would advance the American Idea while improving the image of the Republican Party.

However, as optimistic as Ryan is, he admits that he has been taking his message to the minority communities in his district and doubts that he has convinced them to vote for him. Perhaps he has merely dissuaded them from believing he is the terrible caricature painted of him by the Democrats.
That might be enough for the congressman from Janesville, but have we already passed the tipping point? Are Americans in the blue areas as well as the red willing to support the conservative reforms needed to restore the American Idea?

In Ryan’s final chapter, he takes us back to Detroit and here he actually finds a reason to be optimistic about the future.

“A lot has been said about Detroit’s failures, but we should take some time to appreciate the good things that are happening there, too. Countless individual acts are turning around that city and bringing hope back again. Their efforts are proof that Detroit is more than a cautionary tale of what happens when poor leadership avoids the tough choices, choosing only to tax, spend, and borrow. It is also a reminder that the big challenges of our moment are small matters compared to the spirit and resolve of our citizens. And that gives me hope for the future of Detroit –and for the future of the American Idea.”

Perhaps it’s not too late after all.