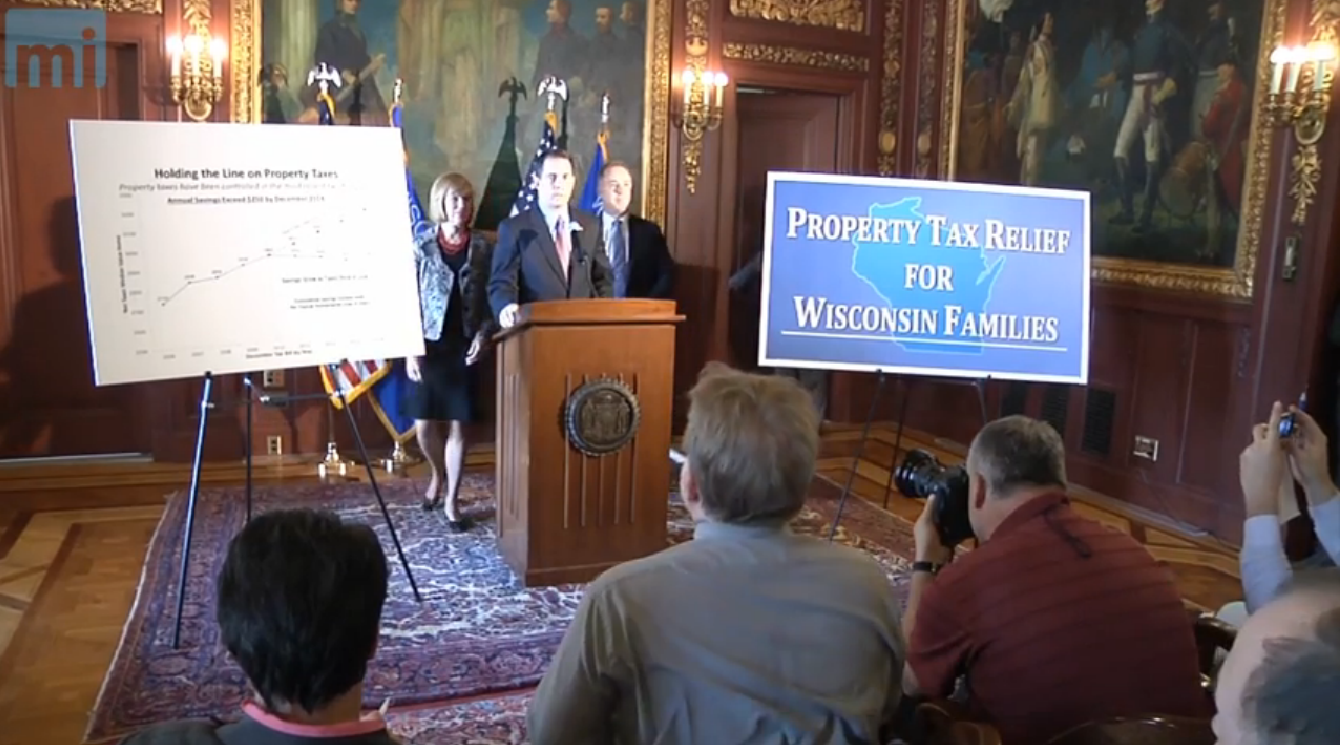 At the top of the list are initiatives to cut taxes, continue educational reforms, and implement more changes to welfare.

The plan targets income taxes and property taxes with the goal of making both lower than they are today.

Walker pledged, if re-elected, to “continue to lower your property and income taxes because I believe your money belongs in your pocket and not in Madison.”

“Governor Walker commits to property taxes on the typical homeowner in Wisconsin being lower in 2018, at the end of his second term than they were in 2010, the start of his first term,” states the campaign’s plan.

Walker and the state legislature have cut income taxes twice and implemented property tax relief through changes to the way that technical colleges are funded. Even with the reforms, Wisconsin’s overall tax burden ranks among the highest in the nation and could contribute to income leaving the state on a yearly basis.

In education, candidate Walker promises to extend the current UW tuition freeze for two more years “at a minimum.”

The plan vows to protect Act 10 as a “vital tool to public school innovation” while saving taxpayer money. According to Walker, Act 10 savings have “allowed taxes to be kept in check and more money to be in the classroom where it belongs.”

The MacIver Institute’s latest analysis reveals Act 10 has saved Wisconsin taxpayers over $2.7 billion to date. MacIver also recently reported on Fox Valley Technical College’s use of Act 10 to save $3.25 million a year through lower benefit costs. The $3.25 million in savings contributed to a $28.9 million drop in the property tax levy for the college district.

Walker will also continue to support educational choice in Wisconsin. The plan will “preserve” the ability to attend public, choice or charter schools, as well as promote course options, dual enrollment, and digital options for students. A recent report from the MacIver Institute shows that an increasing number of Wisconsin’s students are embracing educational choice, including 81 percent of Miwaukee’s K-12 students.

Candidate Walker wants to add the requirements of a drug test and participation in either job training or part-time work to qualify for Food Stamps and other unemployment benefits. The plan also states its intention to put “common sense limits on the amount of time able-bodied, working-age childless adults can be on public assistance.”

MacIver previously reported on the rampant benefit fraud in Wisconsin between 2008-2010. During this time, unemployment benefit fraud increased 338 percent and over $40 million in fraudulent payments were made.

Walker also wants to pursue a goal of finding and eliminating $100 million a year in government waste by creating a commission dedicated to the task. This, along with continuing the practice of identifying unneeded state assets for possible sale, will help to “to curb waste, fraud, and abuse in state government,” according to the plan.

Continuing Wisconsin’s Comeback can be read in full here.