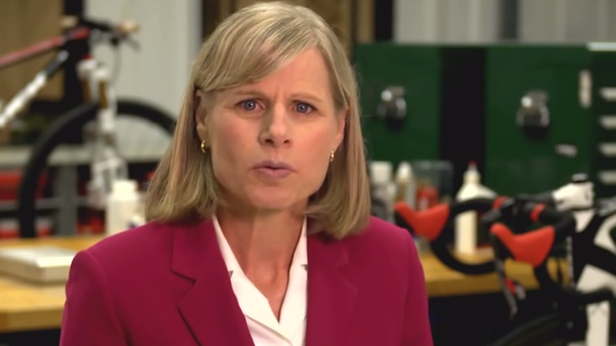 So what exactly are Mary Burke’s plans if she becomes governor? Buzzfeed broke a second story about Burke’s campaign taking passages almost verbatim from other candidates’ public policy positions and using them as her own.

In addition to the material from the other campaigns, Buzzfeed found sections that came from a White House press release and a report from Harvard University.

On Sunday, Buzzfeed broke a second story pointing out sections of Burke’s other position papers were also copied from other campaign position papers. Other sections were footnoted but were not properly identified as direct quotes. Again, the Burke campaign blamed the political consultant subcontractor.

But from a public policy perspective, it’s the other excuse Burke gave that is more troubling. Burke told the Gannett Washington Bureau, “I’m disappointed that Eric took exact verbiage from other things, but I don’t think anyone can find really good plans that are out there that don’t build on best practices and research that have been used.”

In other words, Burke is not promising anything new. She is not offering any new ideas. She has no original ideas to move Wisconsin forward.
Setting aside the political issue of plagiarism and Burke’s involvement in her own jobs plan, it’s her admission she doesn’t think “anyone can find really good plans” that haven’t been tested before that is troubling. Given the results of the last administration of which Burke was a part, she may want to re-think that statement.

Under the Doyle Administration in which she served as a Commerce Secretary, the state lost 133,000 jobs. The state had a structural deficit of $3.6 billion. The state raised taxes over $3 billion. The state took $1.3 billion from the state transportation fund, $200 million from the medical malpractice fund, and spent $2 billion in one-time federal stimulus money. The Pew Center declared Wisconsin a state in fiscal peril.

When Governor Scott Walker took office, not only did he have to deal with the structural budget deficit, he had to fix an immediate budget hole of $137 million. Unlike Burke who doesn’t think “anyone can find really good plans” that haven’t been tried before, Walker and the Republicans in the legislature pushed through Act 10. So far, it’s saved over $3 billion.

While Burke’s media subcontractor is cutting and pasting ideas from failed political campaigns in other states and her campaign calls it a jobs plan, governors and legislators around the country to see how Wisconsin put the fiscal house in order. They want to copy and paste what we did.

In the post-Act 10 Wisconsin, the state just completed the last fiscal year with a surplus of $443.2 million. Wisconsin cut taxes by $2 billion. The state’s “rainy day” budget stabilization fund has $280 million in it. Assuming normal economic growth, the Legislative Fiscal Bureau’s latest estimate is a budget surplus of $535 million.

Making matters worse, she has said she’s willing to raise the minimum wage to $10.10. Wisconsin raised the minimum wage under Governor Doyle and it cost the state 7000 jobs. Another study shows Burke’s minimum wage increase would cost Wisconsin another 16,500 jobs. Been there, done that, cash the unemployment check for young workers just starting out.

Burke is even committed to expanding Medicaid as part of Obamacare and was a supporter of the proposed high speed rail line between Milwaukee and Madison in the name of bring more federal dollars to the state. Federal money isn’t free. She would sacrifice the long term fiscal health of Wisconsin by committing to long-term costs for a short-term federal infusion funds. The Doyle Administration tried that with federal stimulus program funds. It didn’t work.

It’s a set of policies that are copy and paste from the Doyle era, not just other losing campaigns. These are not “best practices” as she claims but a revisit to policies that didn’t work.

Conservatives by nature are sympathetic to the idea that there is nothing new under the sun. It’s disappointing to see Burke embrace it as economic policy.