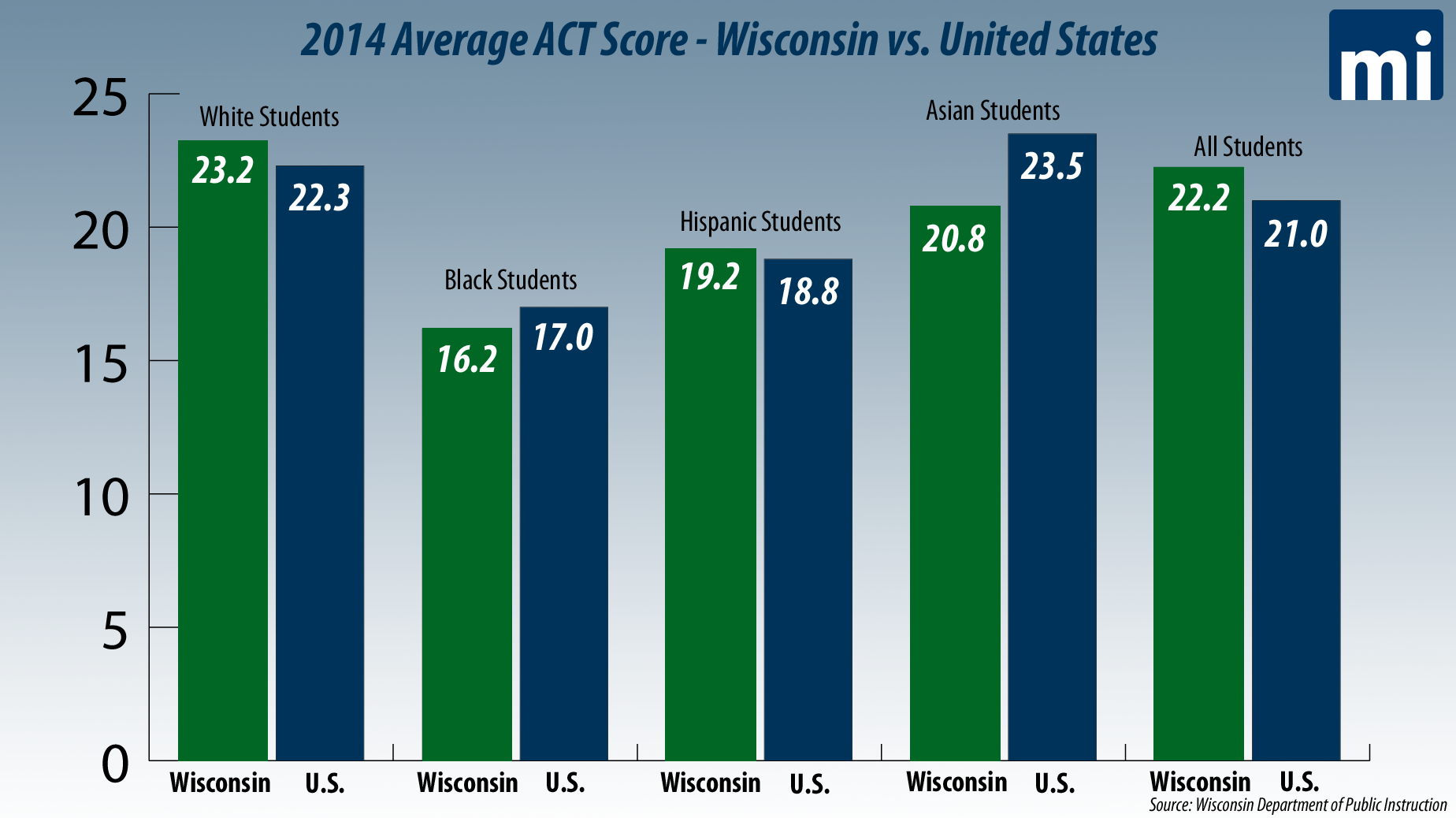 [Madison, Wisc…] Wisconsin’s high school students had the second-highest ACT average in the nation this past school year, according to Department of Public Instruction data. Increases in both overall scores and participation rates kept the Badger State amongst the elite when it comes to the national college readiness exam.

Wisconsin’s score of 22.2 included student marks from both public and private schools. That represented an increase of 0.1 points across the state. That was in line with the national average, which rose from 20.9 to 21.0 in the past year.

While the result was a positive one for the state, a deeper look into these scores showcased Wisconsin’s continuing problems with the achievement gap between students of different races.

While the nation’s achievement gap has decreased slightly when it comes to ACT scores, Wisconsin’s has remained roughly the same. As a result, a gap that is consistently higher than the United States’ average has persisted.

Participation rates for all students increased as well. 46,870 high school seniors took the exam in Wisconsin last year, an increase of 0.6 percent from the previous year. That’s a smaller number than the state has seen in recent years – more than 47,500 students took the ACT in 2010, 2011, and 2012 – but still represents a potential positive trend for the state.

Wisconsin’s students are showing proficiency with the ACT at a time where the state is moving towards its adoption as a high school standardized testing suite. As a result, the statewide average may stand to rise thanks as pupil familiarity with the examination grows. For now, the state will have to take comfort in its second-place finish – but keep a wary eye on their consistently disappointing achievement gap results.