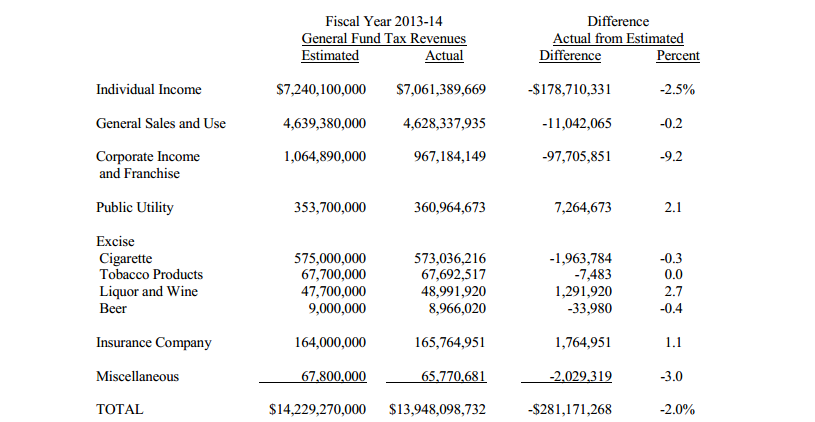 [Madison, Wisc…] State tax collections are down $281 million from initial Legislative Fiscal Bureau (LFB) projections for fiscal year 2014 (FY14), according to the Wisconsin Department of Revenue.

LFB estimates, released in January, had forecasted a little over $14.2 billion in General Purpose Revenue (GPR) by the end of June 2014, but initial results show just over $13.9 billion was brought in.

January projections expected the 2013-15 state budget to end with a $165 million surplus. If those estimates do not change for FY15, LFB would expect the state to face a $115 million shortfall. That is the equivalent to 0.17 percent of the total state budget.