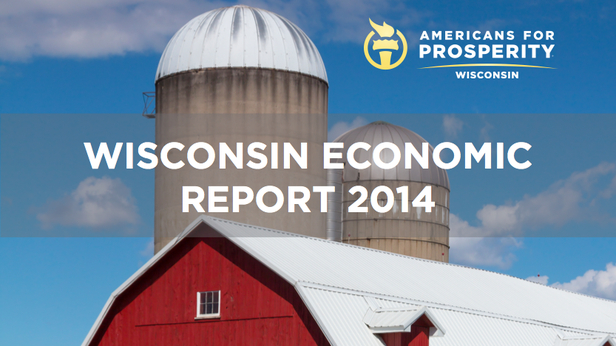 [Madison, Wisc…] Wisconsin’s economy is improving and has outperformed its neighbors according to a new report from Americans for Prosperity-Wisconsin (AFP-WI).

The report points to pro-growth policies as the reason for the state’s success. It highlights the drop in unemployment, from 7.4 percent in the beginning of 2011 to 5.7 percent in June of this year. It also points out that lawmakers were able to close a $3.6 billion deficit, thanks to Act 10’s reforms.

AFP-WI points out that the state is besting it neighbors when it comes to job growth since June of 2012. While Wisconsin has seen jobs grow at a rate of five percent since then, Minnesota, Michigan, Iowa and Illinois all trail behind. Illinois had the slowest job growth, according to AFP-WI, at just over two percent.

The full report details other success for Wisconsinites, including significant growth in wages and the labor force.

A copy of AFP-WI’s report is available here.