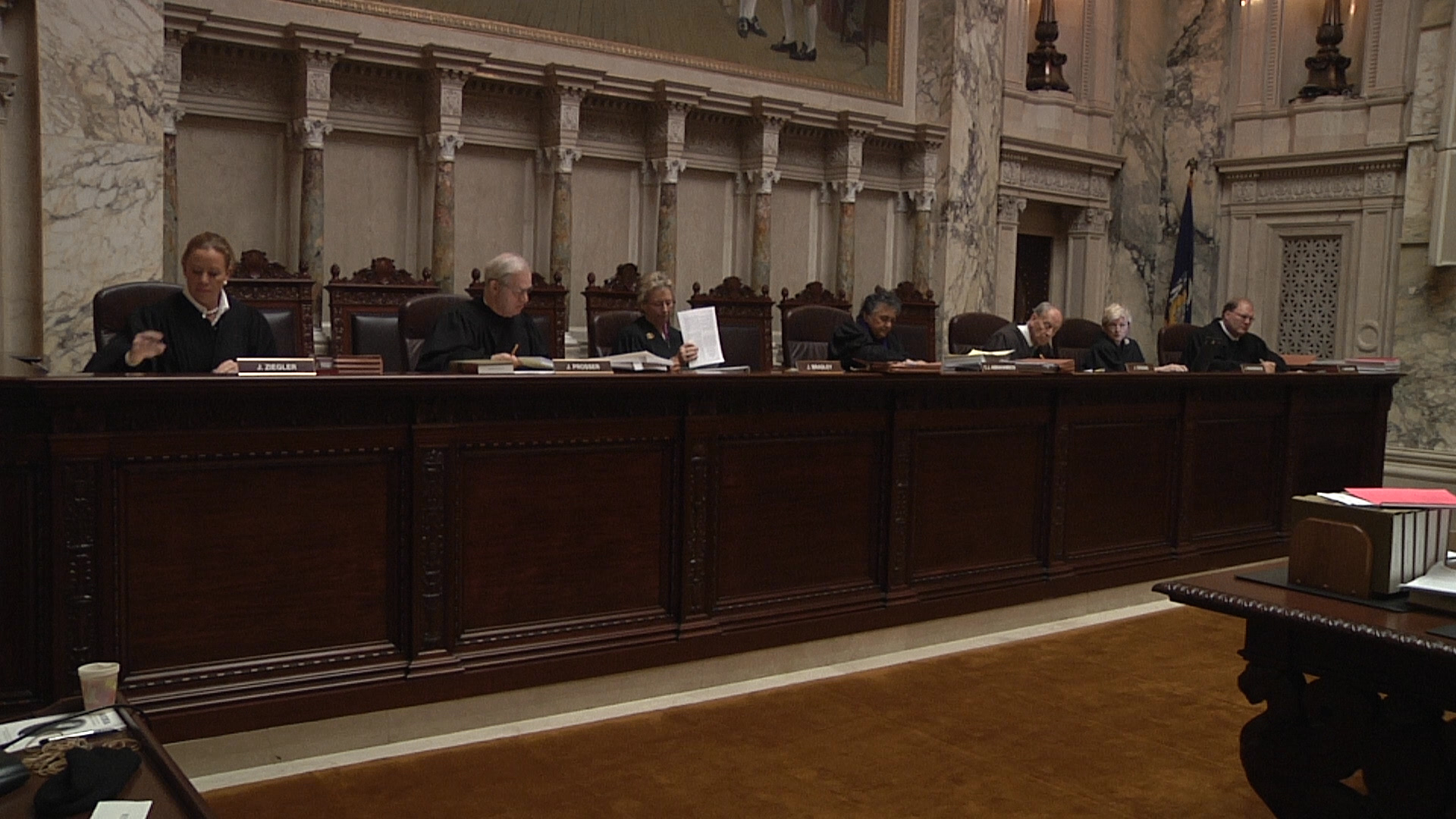 In a 5-2 decision, Justices Gableman, Prosser, Roggensack, Ziegler and Crooks voted to uphold Act 10 “in its entirety.” Justices Abrahamson and Bradley voted no and issued their own dissent on the decision.

The ruling of the state’s highest court overturns a recent decision of Dane County Judge Juan Colas. In the Supreme Court case, the unions asserted that Act 10, by limiting what can be bargained for to just base wages, prohibiting fair share agreements, outlawing the automatic deduction of union dues and requiring unions recertify with a vote of its members every year, violated their rights of free speech and free association. The unions attempted to argue that their case did not hinge on the idea that collective bargaining is a constitutional right. Justice Gableman, writing for the majority, disagreed.

This point was repeated many times throughout the opinion.

“The plaintiffs seek the right to organize with others to pursue something far more specific: collective bargaining with their employer on a range of issues,” Gableman wrote. “And at the risk of belaboring the point, this is not a constitutional right.”

In August 2011, Madison Teachers, Inc (MTI) and Public Employees Local 61 (an AFL-CIO chapter in Milwaukee) sued Gov. Scott Walker claiming Act 10 violated their freedom of speech, the right to free association, and the right to equal representation under the law.

In September of 2012, Dane County Judge Juan Colas issued his first decision in the unions’ case against Walker and Act 10. He declared Wisconsin’s collective bargaining law unconstitutional in part because he agreed that the law would “single out and encumber the rights of those employees who choose union membership and representation solely because of that association and therefore infringe upon the rights of free speech and association.”

The constitutionality of Act 10 has been upheld by the federal courts on two separate occasions. However, the MTI case is the first to be heard by the state Supreme Court.

Walker hailed the decision as a win for taxpayers.

“Act 10 has saved Wisconsin taxpayers more than $3 billion,” Walker said in a statement. “Today’s ruling is a victory for those hard-working taxpayers.”

“Since the historic events of 2011, I have been dedicated to defending Act 10 and Wisconsin’s Voter ID law,” Van Hollen said in a statement. “Today, the Supreme Court has completely upheld these laws. The decisions settle important state policy and serve to strengthen our constitutional democracy.”

Republican legislators were quick to support the court’s decision as well.

“[Act 10] has moved Wisconsin forward, billions of tax dollars have been saved, and local governments now have the flexibility needed to balance their budgets,” Assembly Speaker Robin Vos (R-Rochester) said in press release. “Today we once again hear from the courts that Act 10 is constitutional through and through. This is yet another victory for the future of Wisconsin.”

Senate Majority Leader Scott Fitzgerald (R-Juneau) hopes this decision finally will put an end to the debate on the collective bargaining reforms.

“After months of protests and costly recalls that Governor Walker, many of my Senate colleagues and I myself survived to retain control over the statehouse, I hope that this added legal victory can allow us to finally lay the fight surrounding Act 10 to rest” Fitzgerald said in a statement. “The people and the courts have spoken: Act 10 is here to stay and Wisconsin is moving in the right direction.”

Democrats, however, abhorred the decision.

“Wisconsin’s proud history of protecting workers rights is marred by Walker and Republicans’ dismantling of collective bargaining for our public sector workers,” Assembly Minority Leader Peter Barca (D-Kenosha). “Today’s Supreme Court ruling is extremely disappointing for the teachers, nurses, prison guards, and other professionals who serve the public each day.”