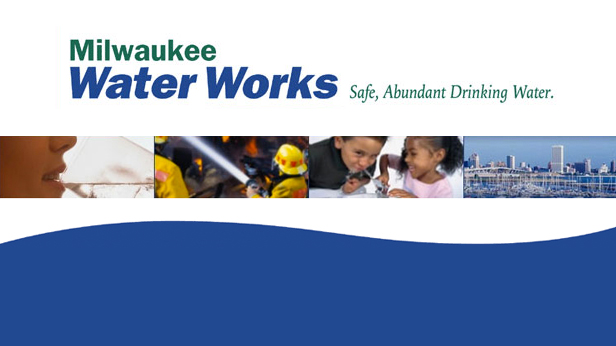 Welcome to the city of Milwaukee’s water economy where everything is going up, up, up! Milwaukee’s water utility is asking the Public Service Commission for a second rate increase, a whopping 10.8% or $9.25 million, within a year. The previous increase was just approved in May for 3%.
If the rate increase is approved, the average quarterly rate for families would increase by 9.8%, according to the Milwaukee Journal Sentinel. MillerCoors, the Milwaukee Water Works’ largest customer, would see their rates go up by 15.3%.

One of the reasons given for the rate increase is the amount of water infrastructure that needs repair in the city of Milwaukee. A number of mains ruptured during the hard winter. More ruptures followed when one plant was shut down, causing another plant to put too much pressure on the north side mains to provide water for the entire Milwaukee service area.

The communities to which Milwaukee sells water are understandably miffed at the prospect of paying for infrastructure repairs inside Milwaukee. West Allis Mayor Dan Devine told WISN-TV news in May, “What I have trouble buying is the fact that residents and businesses in the city of West Allis are going to be paying to fix water mains and infrastructure in the city of Milwaukee.”

Some might suggest that instead of seeking a rate increase, the city of Milwaukee might forgo or reduce the Payment In Lieu Of Taxes (PILOT) fees from the Milwaukee water utility. According to the Public Service Commission, PILOT fees, “…ensure that the revenue requirements for municipally-owned utilities were established on a parallel basis to their investor-owned counterparts. The tax equivalent concept was developed to prevent municipal utility ownership from gaining an unfair advantage over the investor-owned model.”

In 2013 the city of Milwaukee collected $12.1 million from the water utility. However, Milwaukee’s PILOT rate (13.9% in 2011) is slightly below the state average (14.8%). A reduction may be in order, especially given the amount of repair work needed, but it’s not the only budget item to blame for the higher water rates.

Part of the problem for the Milwaukee Water Works is that it has too much capacity and not enough customers. In 2010, the water utility had roughly double the capacity needed. If Milwaukee sold more water it would not need to charge its existing customers as much.

Waukesha is under a court order to meet the EPA’s requirements for reduced radium in the drinking water. After considering several other sources, Waukesha decided the only feasible long-term solution would be to divert water from Lake Michigan and then send back the treated water to the lake. The return would be 100% so there would be no reduction of water in Lake Michigan as a result of the diversion.

Given the choice of water providers of Milwaukee, Racine and Oak Creek, Milwaukee appeared to be the cheapest option. However, Milwaukee’s city government refused to negotiate with Waukesha due to the size of the current potential service area which stretched beyond the city’s current boundaries. The service area for the city of Waukesha was set by the Southeast Wisconsin Regional Planning Commission (SWRPC), of which Milwaukee is a member, and was done according to state law. Nonetheless, that was the excuse Milwaukee wanted for saying no to Waukesha.

Waukesha reached an agreement with Oak Creek instead to provide on average 7 million gallons of water daily. Waukesha’s application for a Great Lakes water diversion is still pending with the Wisconsin DNR, after which it will go to the governors of the Great Lakes states for approval.
If Milwaukee had decided on a course of regional cooperation, Waukesha would have paid $3.5 million per year to the Milwaukee water utility for water. In addition, the city of Milwaukee would have received at least an additional $700,000 annually as PILOT fees as a result of the new infrastructure needed to provide Waukesha with water.

True, any payments from Waukesha would still be down the road and they would not cover the total requested by Milwaukee’s Water Works, but Milwaukee water customers, Milwaukee taxpayers and the Public Service Commission should wonder why Milwaukee is seeking the rate increase when it’s turning down money from its neighbor to the west.

Milwaukee’s water rates are still low compared to other cities’ rates thanks to having a large source of fresh water nearby in Lake Michigan. But the long term trajectory for Milwaukee’s water rates is upward as the city struggles to repair infrastructure while keeping the PILOT fees where they are. By making Waukesha go to Oak Creek for water, Milwaukee’s shortsightedness may have created a competitor for supplying water. As the rates go up and the surrounding communities resent paying for Milwaukee’s infrastructure problems, will they, too, go elsewhere?