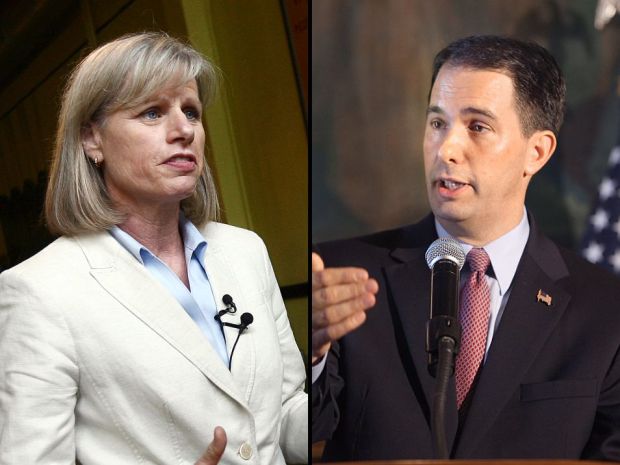 The Portage County Health and Human Services Committee will be debating Monday whether to include a referendum on the ballot in November concerning Governor Scott Walker’s refusal to further expand the state Medicaid program, BadgerCare. The referendum would ask residents if they are in favor of increasing the state’s Medicaid coverage for residents up to 138% of the federal poverty line (FPL).

After going through the health and human services committee, the referendum would also have to be approved by the county’s executive committee and the full county board.  Portage County could join Milwaukee, Eau Claire and Dunn counties.

If approved, the referendum question could cost county taxpayers an estimated $300, according to County Supervisor Jeanne Dodge. However, if the state of Wisconsin did what the referendum asks it would cost the state a lot more.

Under Obamacare, states that expand their Medicaid coverage to 138% will be reimbursed by the federal government 100% for the first three years and, theoretically, 90% after that. In addition to the cost to state taxpayers in the form of higher federal taxes, the MacIver Institute reports Wisconsin will pay $3.39 billion over the next seven years while the federal government will cover $3.25 billion.

That’s if the federal government continues with the planned reimbursement rate. The normal rate of federal Medicaid reimbursement is around 60%. The Congressional Budget Office is no longer projecting that Obamacare will reduce the deficit while provisions of the law have been delayed in implementation. The insurance coverage provisions alone will cost over $1 trillion by 2021.

There are underlying false assumptions by supporters of putting a Medicaid expansion on the ballot. Democratic State Rep. Katrina Shankland told the Marshfield News Herald, “It makes sense fiscally for us to accept this money.”

Wisconsin has covered 100% of those under the FPL, eliminated the BadgerCare waiting list, and has no health insurance coverage gap according to the Kaiser Foundation, all without committing the state to future higher Medicaid spending. If Shankland had her way and the state expanded Medicaid coverage, there would be no change in the number potentially covered but the state would be expending “new funds” to cover the portion the federal government will not.

If Shankland is really worried about losing money, not spending money on non-binding county referendums trying to push for more future state spending would be a good place to start.

Kevin Kane of Citizen Action defended the idea of a referendum by saying, “The whole question of whether the state should take the federal funds was never really up to the citizens to decide.”

Voters will have the opportunity to express their opinion by voting for governor and their state legislature. But if Kane really wanted to put public spending on healthcare up for a non-binding referendum, then we’re looking forward to Kane and Citizen Action putting the suggestion of repealing Obamacare in its entirety on ballots across the state.

Unlike when Obamacare was passed unread by Congress by one vote, the Walker healthcare plan had a full hearing and debate before the state legislature passed it. Kane’s democratic impulses would be better directed at Obamacare than Walker’s changes to BadgerCare.

But this is not about democracy or gauging the public’s opinion on health care policy. As Jennifer Epps-Addison of Wisconsin Jobs Now told the Huffington Post, the campaign to put this and similar referendums on the ballot in November is about increasing Democratic voter turnout and not public policy.

We should also ask if the voters in Dunn County wisely reject an expansion of Medicaid, but Eau Claire votes in favor of their non-binding referendum, to which county should the state legislature listen? The one that has the most Citizen Action members?