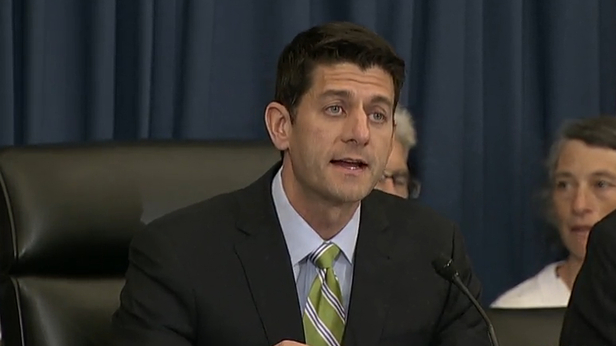 [Washington, D.C.] The House Budget Committee held its fifth hearing on the War on Poverty Wednesday morning, focusing on recommendations from individuals that are fighting poverty on the front lines across the country.

The hearings have included testimony from policy experts and organizations that work to combat poverty everyday. Before Wednesday’s hearing, Ryan told Fox News something needs to change because the War on Poverty simply is not working.

“We have had 50 years in the War on Poverty and the poverty rates haven’t changed,” Ryan said. “We think we can do better than that and so we are learning from people who are on the front lines, like Catholic charities, who are succeeding in getting people into good lives and good jobs and we want to learn from them.”

Heather Reynolds, CEO of Catholic Charities in Forth Worth, Texas, gave the first testimonial on how case management is the most effective method to stop the cyclical nature of poverty. Reynolds said that every individual in poverty is different and her organization works hard to understand the individual’s needs and unique circumstances.

“In Fort Worth, our success rate of moving individuals from poverty to self-sufficiency is high because of the intensive case management that is paired with ancillary services,” she told the committee. “In 2013, 90 percent of our clients in this program became self-sufficient within six months.”

Also delivering testimony was Jennifer Tiller, Director of Operation for America Works. Tiller established that continued emphasis on work is the most effective solution in solving the nation’s poverty problem. America Works has been able to successfully place over 400,000 people into jobs nationwide and believes that finding a stable job for those affected by poverty is how dependency on government aid can be diminished.

Tiller highlighted written testimony from Charlene Dorsey, a participant in the America Works program. Dorsey participated in a training program and will hopefully start her new job as a shift manager at a local restaurant chain this summer.

The final testimonial came from Tianna Gaines-Turner a member of Witnesses to Hunger, a group of men and women who have experienced poverty firsthand. Due to her experience, Tianna was able to provide insightful perspective on the culture surrounding poverty and stressed that a solution requires the efforts of every American.

While giving a face to the War on Poverty, her observations led to three important recommendations in solving poverty, the first of which is providing a living wage and family-oriented labor policies. The two other recommendations are investment in both a safety net that supports economic mobility and community solutions, run by those, like the Witnesses of Hunger, who understand poverty firsthand.

The discussion between guest speakers and committee members, which concluded the meeting, served to reemphasize the importance of creating a policy that will be able to address individual needs for generations.

The MacIver Institute discussed the War on Poverty Report with Ryan in April at two townhalls he hosted in Wisconsin’s first congressional district. That exclusive interview with the Congressman is below:

MacIver will continue to provide updates on Ryan’s fight against poverty and will be hosting a luncheon with him on August 21st where he will discuss important policies facing Congress and his new book. Check back for updates as they are available.