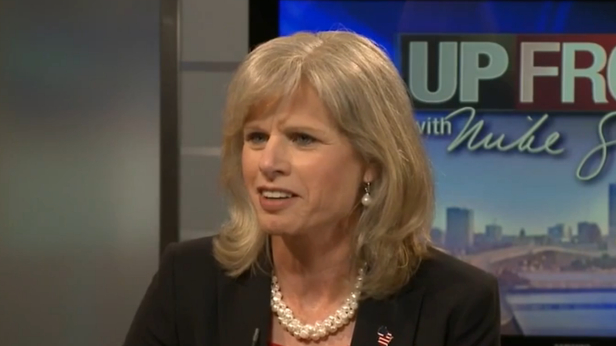 Burke Opposed to Mine After Previously Signaling Support

In an interview with Wisconsin Public Radio (WPR), Burke said she would stop the Gogebic Taconite (GTAC) mine if elected.

“I will certainly look at every tool that I have and to make sure that we are protecting our natural resources,” Burke told WPR. “Our air, our water are so important not only to the people who live in the community, but to the tourism industry as well.”

Proponents of the mine, including Gov. Scott Walker and Sen. Tom Tiffany (R-Hazelhurst), point to the potential for job creation in an area plagued with high unemployment. Iron County is currently facing unemployment numbers in the double-digits, and Ashland County’s unemployment number is at 8.5%.

“The proposed mine will be the single largest investment by a company in the state’s history. It will lead to thousands of good-paying, family-supporting jobs in a region with some of the highest unemployment rates in the state,” Tiffany said in a statement. “In fact, there are Wisconsin residents relying on this project for their jobs today. These residents do not have a trust fund to fall back on if someone like Ms. Burke is in power and deems them expendable.”

“Ms. Burke’s comments included the ludicrous charge the mine will ‘destroy the environment’ and will harm tourism,” Tiffany added. “Act 1 does not change our air, water and groundwater standards. In addition, the mine must meet all federal guidelines.”

Burke also said she thinks GTAC should pay impact fees to surrounding communities, and an economic development fund should be created to generate other jobs in the area.

The Democrat gubernatorial candidate continues to draw policy distinctions between herself and the Governor. She recently told Mike Gousha, host of UpFront, that she also opposes most parts of Act 10, though she stopped short of saying she would fully repeal the law.