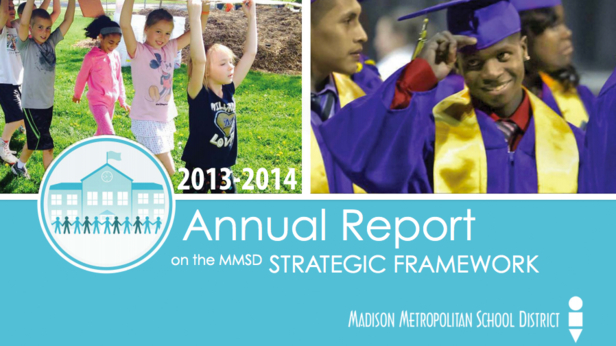 On Several Measures, Madison Schools Are Still Trying to Make Up Lost Ground

This week, the Madison Metropolitan School District (MMSD) released their first Annual Report on the MMSD Strategic Framework. While the study paints a rosy picture of progress for Madison schools, it omits DPI data that suggests the district has fallen behind the marks it set just four years earlier. MMSD’s overall reading proficiency grew in 2013-2014, but it still sits 1.2 points behind where these students graded out in 2010-2011. That’s more progress than the district has seen in math – proficiency rates there actually dropped from 46 percent to 45.1 percent in the last school year.

The purpose of the report is to document annually the district’s academic progress by tracking student growth and other factors. The district will use this information in order to measure the effectiveness of local reforms and single out the schools that are performing the best. The Annual Report points out progress in areas like reading and math proficiency in certain grades throughout the district.

The district has improved in reading in each of the past three school years. However, they have yet to catch back up to 2010-2011’s proficiency rate.

Unlike reading, the city’s math scores have been more volatile in recent years. That includes yearly decreases of 1.4 and 0.9 percent in 2011-12 and 2013-14, respectively, that wiped out gains from previous years.

The picture is more optimistic when it comes to student ACT scores, though the district remains looking up at a high water mark that was set in the past five years.

Both participation rates and average scores have wavered over the past five years but trended in an upward direction in 2012-2013. However, results from 2010-2013 have failed to match the high score and high participation set in 2009-2010. Data for the most recent school year is not yet available; the Annual Report suggests that there were slight gains in ACT reading and slight losses in ACT math that may produce a stalemate when it comes to growth in 2013-2014.

If MMSD can support the growth that it saw in its first ever Annual Report, then the district will be able to return to – and exceed – the 2010 numbers that have become Madison’s latest high water mark. Using student growth to examine how much a pupil learns in a given year in the classroom is an effective tool that helps parents and educators understand which teachers and which schools are the more effective. However, the burning optimism that populates the Annual Report seems disingenuous when compared against DPI data that shows MMSD students lost traction when it came to math proficiency in 2014.

The Annual Report is a good start at tracking student growth but it should be examined alongside other data releases to give Madison parents a better picture of performance, achievement and growth within the school system. While the Annual Report is a step in the right direction, there is still work that needs to be done before Madison’s parents can take its information at face value.