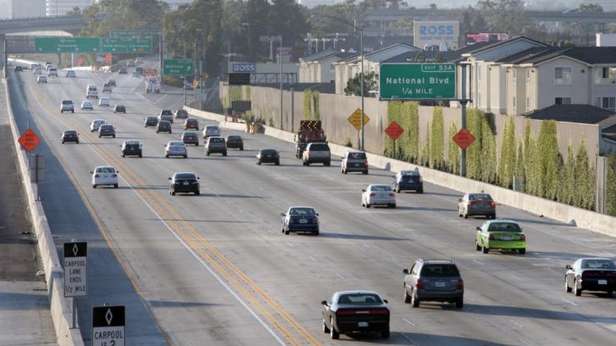 [Washington, D.C.] As the federal Highway Trust Fund (HTF) nears depletion in August, the U.S. Senate is considering a stopgap funding bill that will keep it solvent for eight more months.

The U.S. Department of Transportation has warned that payments to states and localities for construction will be cut by 28 percent and that 700,000 jobs could be lost if the fund is allowed to run out.

Back in June, MacIver reported on President Obama’s initiative to make the HTF solvent and another proposal from members of Congress that would raise gas taxes in Wisconsin by 23%.

H.R. 5021, the Highway and Transportation Funding Act of 2014 was passed by the House on Tuesday, allocating $10.8 billion to the HTF. These new funds would come from pension tax changes, the underground water storage tank fund, and an increase in customs fees.

“The possible solutions to this problem are clear and present, yet Congress won’t act to make the tough decisions needed,” said Ribble in a press release. “I could not in good conscience support this ‘punt’ that sets up another manufactured crisis in a few months instead of fixing this problem once and for all.”

Wisconsin delegation members who voted in favor of the bill also had concerns.

“The debate we are having today is not really about the future of the Highway Trust Fund,” complained Rep. Petri (R-Fond Du Lac), who chairs the Transportation and Infrastructure Committee. “Unfortunately, today is about doing what Congress does all too often–kicking the can down the road. Avoiding one crisis, while setting up another.”

Rep. Pocan (D-Madison) blamed Republicans for not having a serious discussion about long-term transportation funding. “Congress must do better, because the American people deserve better. The fact that Republicans have failed to take any meaningful action prior to today is inexcusable.”

Wisconsin received an average of $790 million a year for transportation projects between 2008-2012, according to U.S. DOT numbers. Most, if not all, of the money comes from the Highway Trust Fund.

President Obama has indicated support for the bill, but he pushed for a different initiative on Thursday when he announced an effort to enhance private investment for transportation projects in states and localities. Speaking in front of the recently closed down I-495 Bridge in Wilmington, Delaware, the President unveiled plans to set up a new investment center through the U.S. DOT that will help states and localities access and manage private loans and capital. The heavily used Delaware bridge has been shut down since June after engineers found that it was not level.

With just two weeks until the Highway Trust Fund goes dry, the Senate must act quickly to decide whether the stopgap funding of H.R. 5021 is the right short-term fix.