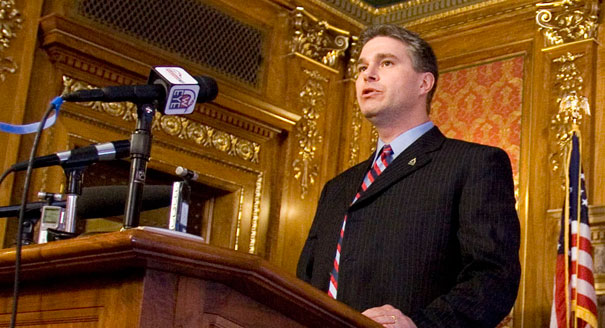 [Madison, Wisc…] Attorney General J.B. Van Hollen issued an opinion on Thursday morning regarding whether the Legislative Audit Bureau (LAB) could request investigation documents held by the Government Accountability Board (GAB) to perform an audit of its operations.

In January of 2013, Sen. Mary Lazich (R-New Berlin) and Rep. Kathy Bernier (R-Chippewa Falls) requested an audit of the GAB because questions had been raised about its administration of election law. At the time, Lazich said “every voter deserves to know there is integrity and fairness in Wisconsin’s electoral process. Any discrepancies in this process chips away at the health of our democracy.”

According to the Attorney General’s opinion released Thursday, “Wis. Stat. 12.13(5) prevents GAB from providing its investigative records to LAB because such a disclosure is not ‘specifically authorized by law.'”

The Attorney General went on to comment, “the legislature created numerous specific instances in which GAB must produce generally confidential investigative records, but it did not do so with respect to LAB.”

Lazich is worried that Van Hollen’s decision means the GAB will not accountable.

“My intent remains to wait and see the results of the audit before rushing to judgment,” Lazich said in a statement. “However, today’s opinion from the Attorney General’s office, suggesting that the Government Accountability Board is itself unaccountable to the people through the nonpartisan legislative audit process, raises major concerns.”

The co-chairs of the Joint Audit Committee (JAC), Sen. Rob Cowles (R-Green Bay) and Rep. Samantha Kerkman (R-Salem), said they would pursue legislative action in the next session to ensure LAB could oversee and investigate the GAB.

“It benefits the Legislature and the State for the non-partisan Legislative Audit Bureau to use its broad authority to access any records it needs to conduct audits that provide oversight of state agencies and operations,” they said in a joint statement. “Any needed statutory clarifications will be pursued in the next legislative session.”

“As a former two-time chairman of the Joint Legislative Audit Committee, I’m deeply troubled by the opinion released by the Attorney General,” Barca said. “The Legislative Audit Bureau must have all the tools it needs to do its important job.”

“The Attorney General’s opinion reaffirms the law the Legislature passed when it created the Government Accountability Board — and which we have zealously followed — to protect the confidentiality of investigative records,” Kennedy said. “The Legislature created these confidentiality laws to avoid jeopardizing investigations and to protect people who may be subject to complaints or investigations while the G.A.B. reviews the matter and until certain resolutions are reached. The Board and its staff have always taken the confidentiality laws and the criminal penalties for violation very seriously.”

The formal opinion from Van Hollen can be found here.