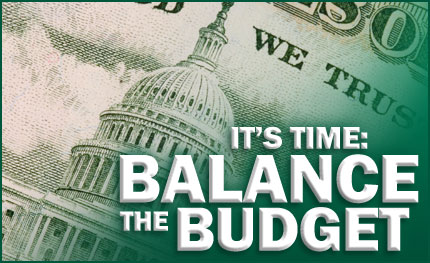 With our country $17 trillion in debt and no one in our nation’s capital seeming to be serious about fixing this fiscal crisis, is there a way the states, working together, could impose discipline on Washington?

A recent study, released by the Heartland Institute and authored by Goldwater Institute constitutional policy director Nick Dranias, proposes a state-generated solution to this problem.

“Congress is a debt addict and cannot be trusted with the sole power to decide whether an emergency or war justifies taking on additional debt.”

This past April, the Governors of Alaska and Georgia formed the “Compact For A Balanced Budget,” an interstate agency with a binding commitment to fix the national debt. The ultimate goal of the compact is to organize an Article V convention for the proposal of a balanced budget amendment.

The traditional method for passage of a proposed amendment to the constitution requires a two-thirds majority vote from both the House of Representatives and United States Senate, followed by ratification by three-fourths of the states. Article V of the Constitution, however, outlines a second option: a convention for proposing amendments called by Congress upon application by two thirds of the State Legislatures.

The state-based amending process usually entails five or more years of work at the local level to generate enough support for a constitutional amendment. Author Dranias, working for a group called Compact for America, outlines an approach for the states “with 60% fewer legislative moving parts and 50% fewer legislative stages than any other approach.” Compact for America, has set a goal to ratify the Balanced Budget Amendment by July 4, 2015.

“What if the states could advance and ratify a powerful federal balanced budget amendment in just 12 months?”

If this compact method was successful in convening an Article V convention, Dranias proposes a five-step approach to correcting the reckless spending of the federal government:

Amending the U.S. Constitution by state convention was set up in Article V by the Founding Fathers to maintain a balance between the ambitions of both state and federal governments in the hopes of accurately reflecting the needs of the country. There have been numerous attempts in the past from almost every state to call a convention, but none have been successful. The few times that states have come close to holding an Article V convention, the last in 1997, Congress has responded to the public pressure by making promises it will bring spending under control. Yet, somehow we find ourselves $17 billion in debt today.

“Imposing a fixed constitutional debt limit would increase transparency and be far more likely to generate a balanced budget than the status quo of limitless debt spending.”

The report claims that since every state except Vermont has a balanced budget requirement within their original constitution or an amendment, gaining enough support from the states should not be difficult.

Dranias anticipates that the proposal to rein in spending will generate opposition from Congress, and takes time to address possible procedural or legislative concerns in his report.

According to one source, as of 2011, 20 states have already voted for an Article V convention to be called for the Balanced Budget Amendment. Article V calls for votes from two-thirds or 38 of the states to hold a convention.

Wisconsin has a local connection to this effort to convene an Article V convention. In December, the MacIver institute sat down with Representative Chris Kapenga (R-99th Assembly District) to discuss his work on the Article V convention. Rep. Kapenga joined elected officials from 32 other states at Mt. Vernon to discuss what the process would look like if such a convention was ever called. See the complete interview with Rep. Kapenga here.

Dranias’ entire “Compact for a Balanced Budget” article can be found here.