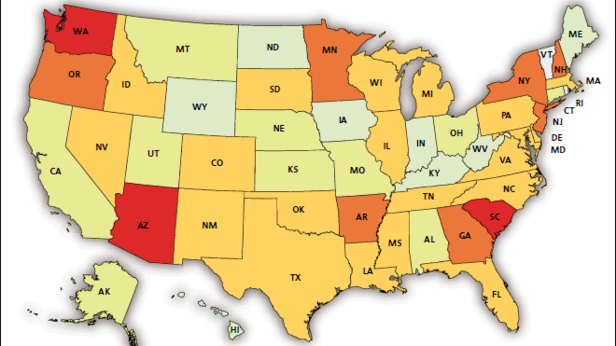 The Obama administration recently released its proposal to cut carbon emissions by an average of 30 percent nationwide. The proposal will have a devastating effect on many states. In Wisconsin, emissions rates will have to come down a whopping 34 percent, putting economic stress on electricity producers and ratepayers.

This map from SNL Financial shows how much each state will have to reduce their emissions rates based on 2012 emissions levels. South Carolina, Arizona, and Washington will face emissions reductions of over 50%.