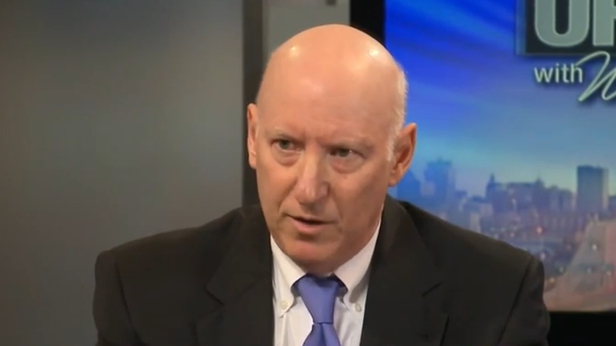 When Marc Levine from of the UW-Milwaukee Center for Economic Development appeared recently on UpFront with Mike Gousha to discuss job growth in Wisconsin, most viewers were probably disappointed with the analysis. After all, instead of examination of how Wisconsin fits in the national economy, the viewers were given a partisan lecture attacking Governor Scott Walker for not embracing former Governor Jim Doyle’s tax-and-spend policies.

“After 2011, at the federal level we had a dramatic shift in policy. We had the stimulus package in 2010, which actually significantly boosted the Wisconsin economy. We, for a variety of reasons, received a disproportionate amount of federal funding in 2010 and rocketed from 33rd in the country in terms of employment growth to 13th then as a consequence of the infusion of federal funds. We could have had more except the governor turned a lot of that away. What happened afterwards at the national level we have sequestration, austerity cuts in the federal budget, seven and ten percent in non-entitlement spending. And at the state level, Governor Walker essentially put into place, not to be confrontational here, the WMC agenda of tax cuts for the rich, the tax on unions and deregulation, which I think has also undermined the ability to create jobs in the state.”

However, in that report and in his recent television appearance, Levine does not mention the $3 billion in tax increases enacted by Doyle and the Democrat-controlled legislature prior to 2011. In addition, Doyle raised the top tax bracket from 6.75 percent to 7.75 percent. Those tax increases are only now being repealed as the state is seeing budget surpluses.

And while Act 10 did bring state spending under control, the state did not actually cut spending. For all of Levine’s claims of “austerity” state spending under Walker actually increased slightly, most of which was thanks to increasing Medical Assistance costs-to-continue. Walker even borrowed to fill the transportation budget hole created when Doyle raided the fund for other state spending.

Given the combination of taxing and spending in Walker’s first two years, looking at the economy through Levine’s analysis Wisconsin should have exceeded Walker’s job goal by now. Instead, Levine touts the growth under Doyle while ignoring the loss of over 100,000 jobs.

But what about the stimulus spending? Far from having the stimulating effect, Doyle used $2 billion in federal stimulus dollars to fill a budget hole for state operating expenses. A second round of stimulus only forestalled layoffs of public school teachers who remained endangered until the passage of Act 10 allowed school districts to bring expenses under control.

Of course, Levine may not have been paying too close attention to the state’s fiscal problems at the end of the Doyle era. When Walker proposed his budget fix in 2011 to address a current operating budget shortfall, Levine wrote an op-ed for the Milwaukee Journal Sentinel claiming the state wasn’t broke. All we needed to do was raise taxes more.

Levine also laments the loss of federal money that would have come in on the proposed high speed rail. Levine told Gousha, “Frankly, the governor made a huge mistake turning away federal money for infrastructure investment and high-speed rail that could create jobs for the short run.”

It’s been well-documented elsewhere the burden on Wisconsin taxpayers of accepting more federal money in exchange for expanding the eligibility of the state’s Medicaid program. It’s also worth remembering that Wisconsin would have to pay the operating costs of so-called high speed rail, not a small consideration in an era of tight state transportation budgets. The track record (pun intended) of cost overruns for so-called high speed rail projects was also a legitimate concern.

Setting the cost factor aside, the stimulus effect is not in debate. It would have been non-existent. The rail project would have created only 55 permanent jobs. As it became clear early in 2010 that estimates of jobs created were inflated, Levine himself told the Milwaukee Journal Sentinel that estimates of spin off jobs should be viewed skeptically.

So it’s clear that Levine’s concern about the lost stimulus effect from turning away federal money is overblown. What we do have to look forward to is the stimulus effect of bringing down the state’s tax burden, creating a better economic climate for business and for long-term growth. This was only made possible by bringing state spending under control via Act 10, the same policy Levine attempts to blame.