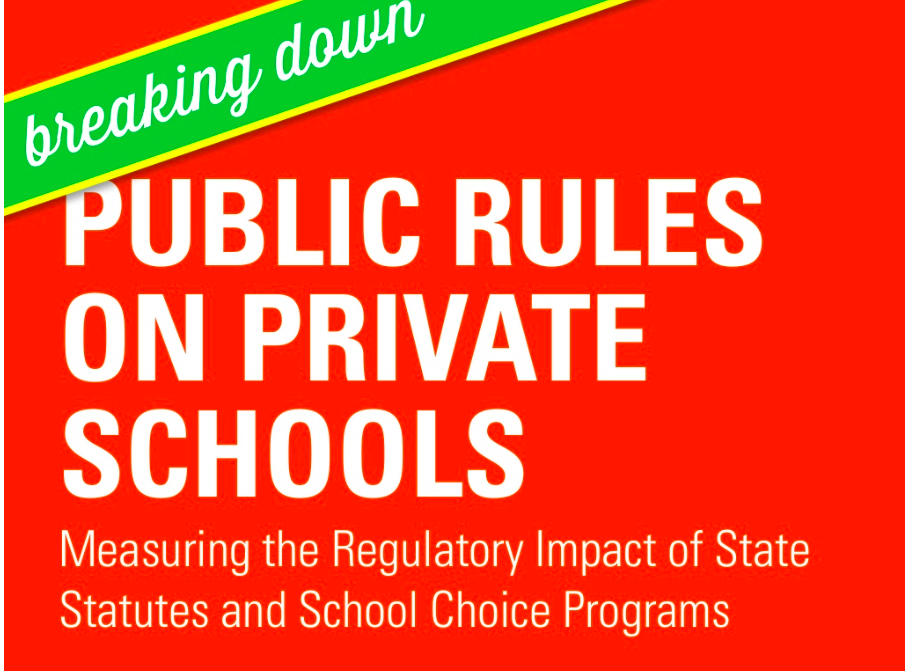 Friedman Foundation – Wisconsin’s Choice Program is Regulated More Than Any Other in the Country and More Laws Are on the Way. Can Government Oversight be Effective AND Efficient?

The Milwaukee Parental Choice Program (MPCP) was named “the most heavily regulated private school choice program in the country” in a study released by the Friedman Foundation last week. That report, authored by Drew Catt, broke down private choice programs in 12 states – vouchers and tax-credit scholarships – and found that the MPCP was the runaway leader when it came to laws regulating the operation of voucher schools. This analysis seems to undercut the longtime complaint of School Choice critics that the program in Milwaukee has little or no regulation.

The study analyzed several different aspects by which the state could exercise control over private schools that accepted public funding including reporting, accountability, eligibility, licensure, and curriculum. Catt tallied up the magnitude of these laws and gave each program a score that was weighted by how intrusive these policies were. The lower the score, the more significant a state’s role in school choice was.

The MPCP took first place in Catt’s study by a landslide thanks to a combination of longevity and a long list of regulatory practices. The report went on to break down each program’s performance on the metric, which is shown below.

The bulk of the MPCP’s regulation comes in the form of paperwork and reporting. Several of the state’s rules in that category existed before Wisconsin enacted the nation’s first modern school choice program. However, that count quadrupled after the voucher program came along. No other state in the study could touch the Badger State’s 36 reporting laws for voucher schools. The MPCP also led all low-income voucher programs when it came to policies regard certification and licensure, financial reporting, and student health.

The timing of this report is especially relevant in Wisconsin, where recent legislation aimed at making voucher schools more accountable has been a major topic of debate. While there are no specific sanctions tied to chronically poorly-performing schools in either the voucher or public sector, the state’s voucher programs will be subject to Wisconsin’s School Report Cards for the first time in 2017. Legislators in both the Senate and Assembly have suggested that creating more comprehensive accountability programs for all K-12 schools will be a major topic of reform for the 2015 session.

That would attach even more laws to the nation’s most regulated choice program. Proponents on both sides of the debate are eager to find ways to eliminate the bad actors from any of the state’s choice programs.

Wisconsin isn’t the only state that has had to deal with regulations on its private schools and its private school choice programs. Catt’s study shows that many of the regulations placed on voucher and tax-credit scholarship systems were put into place before choice became a trending movement throughout the country. However, it does illustrate just how vast government control over private institutions can become when these schools accept public funding.

Wisconsin has the most regulations of any of the programs examined in the study – but problems still persist, and more laws appear to be on the way. The lesson here? That more regulation isn’t necessarily better – only effective regulation can be.