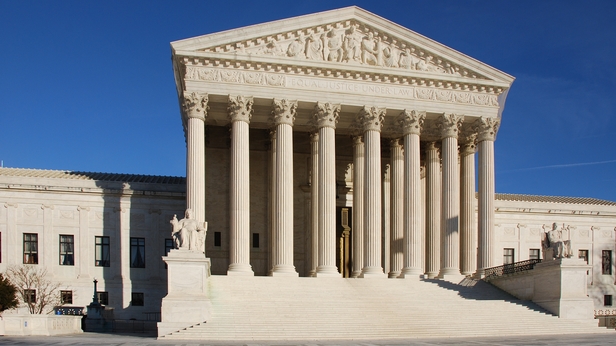 [Washington, D.C.] In what could be a major blow to the future of public unions, the U.S. Supreme Court (SCOTUS) handed down a decision Monday morning in the Harris v. Quinn case saying that partial public employees cannot be forced to pay union dues or be a member of a collective bargaining unit.

While the union movement escaped potential disaster because the court did not address the larger issue of whether it is legal to force someone to be a member of a public union, this decision does have the potential to severely limit the ability of public unions to expand their membership.

In 2009, Gov. Pat Quinn (D-Illinois) signed an executive order that authorized the state to recognize a union for personal assistant (PA) home-care providers, even though they are not actually public employees. Most home-care providers do not work for the state but receive a subsidy through Medicaid to provide care for someone that is disabled, which in many cases is a family member.

Pam Harris, a mother in northern Illinois, takes care of her son with severe intellectual and developmental disabilities and was forced into a union by Quinn’s order. Harris declined the offer to join the union and then filed a lawsuit in 2010 with the help of the National Right to Work Legal Defense Foundation.

The court decision is a win for home-care providers because they will not be forced to pay a portion of their Medicaid subsidy to the union. The modest amount received from the government to take care of Harris’ son can continue to go toward his care and not the union’s agenda.

Justice Samuel Alito, who wrote the majority opinion in Harris v. Quinn, cited Abood v. Detroit Board of Education as precedent for not fully banning the forced collection of union dues from public employees. The 1977 Abood decision allowed the collection of dues, but the recent SCOTUS decision said it would not apply to partial public employees.

“Because of Abood’s questionable foundations, and because Illinois’ PAs are quite different from full-fledged public employees, this Court refuses to extend Abood to the situation here,” Alito wrote in the 5-4 court decision. “PAs are much different from public employees. Unlike full-fledged public employees, PAs are almost entirely answerable to the customers and not to the State, do not enjoy most of the rights and benefits that inure to state employees, and are not indemnified by the State for claims against them arising from actions taken during the course of their employment.”

The court found in favor of Hobby Lobby. The decision, also authored by Alito, said businesses with close religious affiliations do not have to provide insurance that covers birth control, which was mandated by Obamacare, if they object based on religious grounds.

The two decisions released on Monday were the last of the court’s term.