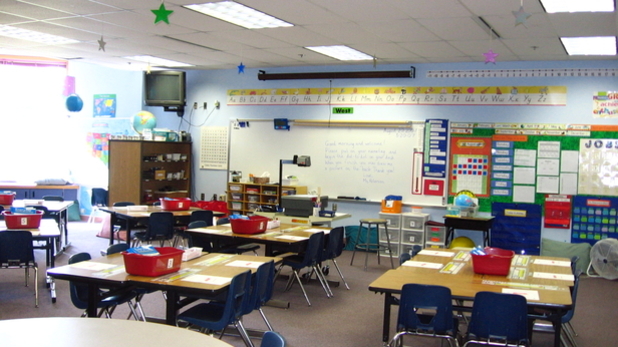 More than 86 percent of students in Milwaukee’s non-instrumentality charter schools come from economically disadvantaged backgrounds – the highest concentration of any type of public school in Brew City. However, that concentration of traditionally difficult to educate students didn’t stop these schools from having a higher average School Report Card grade than the Milwaukee Public School average in 2012-2013.

The city’s non-instrumentality charter schools – schools that operate outside of the influence of the Milwaukee School Board but as a public school as a part of Milwaukee Public Schools (MPS) – had the second-highest average School Report Card score out of the four sectors of public schools in the city.

That advantage disappeared when the metric was shaved down to average reading and math scores on the WSAS – Wisconsin’s standardized testing suite. While the group’s marks were near the traditional MPS school average in mathematics, they were the worst in the city by a significant margin when it came to reading. Only 13.3 percent of students in non-instrumentality charter schools rated out as “Proficient” or better in reading for the previous school year.

This data brings mixed results to the other side of Milwaukee’s independent charter schools. 2R charters and NI charters have similar freedoms, but the city’s NI schools are still categorized as members of Milwaukee Public Schools by the Department of Public Instruction. Conversely, 2R institutions are not, and are reported as schools within self-contained districts by the state. While NI charters recorded higher than average report card scores, those gains did not translate to standardized tests – an area in which 2R charters led the way.

One reason for this difference may be the fact that a larger concentration of instrumentality and non-instrumentality charters categorized within MPS are high schools. These schools traditionally score worse on state testing and have a limited range of data available and analysis since only 10th grade students are tested.

However, that explanation may not hold up when you examine the amount of schools that offer classwork in grades 9-12 in the rest of MPS. As a whole, less than 18 percent of the district’s schools educate high school students – a figure that trails behind all three types of charter in Milwaukee. Despite that low concentration, traditional MPS schools were at the bottom of the metric for overall report card scores and trailed MPS and 2R charter schools when it came to WSAS results.

These data flesh out the environment and performance of Milwaukee’s public schools a bit more. While the city’s non-instrumentality, non-2R charter schools don’t perform as well as their counterparts on the WSAS, they also educate a student body with a significantly higher concentration of students from economically disadvantaged backgrounds. The key to understanding the disparity between raw math and reading scores and School Report Card averages has roots in a similar vein, as student growth tracking, achievement gap issues, and college readiness all play a role in those scores. That’s a topic we’ll examine more closely in our next look at charter school performance and populations in Wisconsin’s largest district.