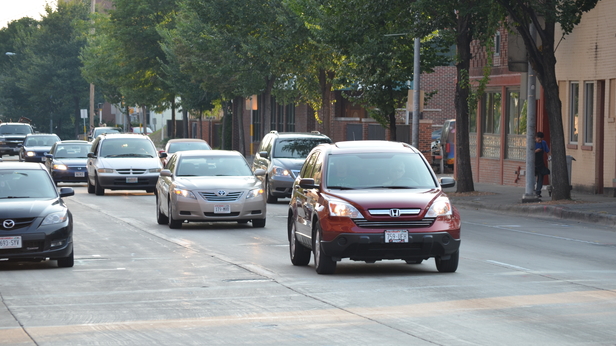 Gas prices could be heading even higher if a new bill to increase the federal gas tax gains any traction in Washington. The proposal, introduced by Senators Chris Murphy (D-Connecticut) and Bob Corker (R-Tennessee), is meant to raise $164 billion over ten years with a 12 cent a gallon gas tax increase. Supporters of transportation spending believe the Highway Trust Fund will run out of money later this summer.

Nearly 3.2 billion gallons of gas and diesel were consumed in Wisconsin in 2013, according to statistics from the Department of Revenue. That means Wisconsin drivers would be on the hook for an additional $380 million at the pump if a 12 cent increase is passed into law.

With the Highway Trust Fund set to run out of money in August, a series of proposals have been introduced to make the fund solvent. Unfortunately for taxpayers, each proposal seeks to raise taxes to fix the problem.

The MacIver Institute previously reported on the GROW AMERICA Act, a bill supported by the Obama administration that would spend $302 billion on transportation projects over 4 years with a bulk of the funding coming from a new business tax connected to foreign income. That new tax would be expected to bring in around $150 billion a year.

Retiring U.S. Rep. Tom Petri (R-Wisconsin) introduced the GROW AMERICA Act in the House of Representatives last week as a courtesy, but multiple media outlets report the proposal is not expected to go anywhere.

The Senate released their six-year transportation and infrastructure reauthorization plan last month. The Senate plan would continue funding, adjusted for inflation, for the current program Moving Ahead for Progress in the 21st Century, or MAP-21, for six more years. The House of Representatives also floated a bill that would raise money for transportation by cutting Saturday deliveries at the U.S. Postal Service.

The MacIver Institute will provide updates on the federal transportation spending bill as it progresses through the legislative process.