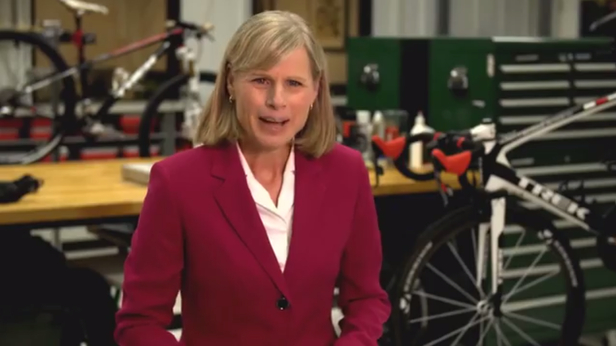 We should not have been surprised when Democratic candidate for governor Mary Burke voted with the rest of the Madison school board to negotiate a contract extension with the teachers union. After all, it was just a month ago that Burke told the Milwaukee Journal Sentinel in a video recorded interview that she believes she didn’t need Act 10 to get the same concessions from the unions. “I think it was only fair to ask for contributions to health care and to pensions, um, but I think those could have been negotiated, ah certainly firmly but fairly.”

Let’s set aside that negotiating a contract extension with the union is likely a violation of the law, as attorney Rick Esenberg of WILL informed the school board. Okay, that’s a little bit like saying to the dinosaurs, “setting aside that giant meteor head towards Earth…”

But setting the issue with the law aside, we’re about to about to see whether Burke’s claim is correct that she is capable of achieving the benefits of Act 10 without having to rely upon the powers granted by Act 10 to local government bodies. If we’re to use upon history as our guide, Burke is unlikely to prove anything except that the passage of Act 10 by Governor Scott Walker and the legislature was necessary.

After the passage of Act 10, Madison teachers staged a massive “sick out” in order to protest Walker’s reforms. Despite a public statement from then-WEAC President Mary Bell to go back to work and a request by the Madison Metropolitan School District to cancel a scheduled day off, Madison’s teachers continued to stay out of work to continue the protest. In fact, a MacIver investigation discovered that John Matthews of Madison Teachers, Inc. lied about the union’s involvement in planning the protest.

Against that background, and a determination not to be bound by the terms of Act 10, the Madison teachers union and the school district negotiated the first contract extension into 2013. Instead of the 12.6 percent health care contribution called for under Act 10 and even supported by Bell, the district was only able to negotiate a 5 percent health care contribution. The agreement did allow an increase to 10 percent the following year.

The teachers union and the school district again negotiated an extension in the contract through the 2013-2014 school year when Judge Juan Colas tried to kill Act 10 in September 2012. This time the district was able to negotiate a change in the health insurance provider (although not the preferred one) and some changes in the work hours. However, even these modest gains would not have been the subject of collective bargaining under Act 10. Interestingly, the union tried to prevent the previously negotiated increase in the employee health care contribution.

The following year the district again negotiated a contract extension with the union with no significant changes. As the union explained to its members at the time, “Not only have we been able to negotiate Contracts for 2014-15, our litigation has halted full implementation of Act 10. It is a mere shadow of what the Governor intended when he said he would “drop the bomb” on public sector employees.”

The union took care of itself in the negotiations. A number of committees were formed to study everything from when parent-teacher conferences could be held (and the additional teacher compensation) to a study of the school calendar. If Act 10 is ever implemented in Madison, the union has representation on the employee handbook committee. Of course, under Act 10 none of those questions would be subject to collective bargaining.

Burke was not there during the first contract extension talks, but she did join the school board in 2012. For her first district budget as a board member, Burke voted to increase the district tax levy by 4.95 percent. Even then she was concerned the district was pushing spending into the future. On the second budget, she voted against a 4.47 percent increase in the tax levy, saying it “failed the test of balance.”

So we know the past result of collective bargaining while Burke served on the Madison school board: two straight budgets with tax increases, with the second budget too much for even Burke. Necessary reforms for the school district are held up by the collective bargaining process, and the district is still not seeing the full savings available under Act 10.

As the union and the school district negotiate a new contract, the district would like to be able to hire new teachers for open positions without having to give preference to an internal transfer. The district would also like to achieve more savings through changes in the health care plan. Neither of those issues would be the subject of collective bargaining under Act 10.