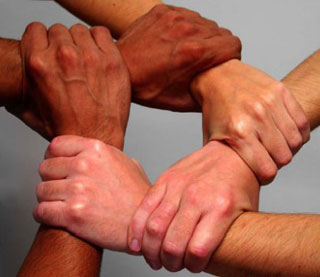 The city of Milwaukee’s reaction to a decision by the Public Service Commission is indicative of the city’s real understanding of “regional cooperation.” Cooperation across the city lines is expected when the city wants something. But when the surrounding communities decide they don’t want to pay for something that solely benefits Milwaukee, then they’re labeled obstructionists and against progress.

In a 2-1 decision, the commission ruled that the city would have to pay the utility line relocation costs for the proposed streetcar system. MacIver Institute President Brett Healy, a WE Energies customer, objected to Milwaukee’s original plan to stick utility ratepayers with the bill. Healy asked the PSC if it is an appropriate use of the city’s police powers to force ratepayers to pay the relocation costs. The city, intent on having the utility’s ratepayers pay the costs, has decided to appeal the decision despite a state law saying the costs belong to the city. The costs were originally estimated at $55 to $70 million. Milwaukee Mayor Tom Barrett says the costs are now down to $20 million.

However, that’s still $20 million that Milwaukee is expecting utility ratepayers to pay, including many ratepayers from outside the city. When it comes to regional cooperation, Milwaukee has a different definition of “cooperate.”

Consider Barrett’s official reaction. In addition to the ruling, he called for We Energies to “cooperate” more. “In order to drive the costs down further, we expect even more cooperation from the utility companies than we have had to date.”

Jeff Sherman, writing at OnMilwaukee.com, gives an idea what this cooperation would look like. “No matter where this ends, I’d like to see We Energies step up and make this project a priority. As a rate payer, Downtown property owner and concerned civic mind, I think they need to work with the city to get the engineering done … quickly. And everyone should be reasonable in determining the costs.”

WE Energies should make it a priority and be “reasonable in determining the costs.” Maybe the city can get Don Barzini to chair the next meeting between the utility and the city. You can almost hear Marlon Brando, speaking for the city, “I hoped that we would come here and reason together. And as a reasonable man, I’m willing to do whatever is necessary to find a peaceful solution to these problems.”

Underestimating the costs will not serve the ratepayers, and it’s not WE Energies responsibility to make a non-essential glory project for the city a priority. But Sherman does get one thing right. “The question at hand is who should pay to move the underground utilities.”

The city does not want to ask its property taxpayers to pay for the utility relocation costs for this vanity project. The additional costs would be too unpopular. So the city’s leaders are frustrated because suburbanites don’t want a hidden tax through the utility bills. To Milwaukee, taxing the suburbs for city priorities is their definition of cooperation.

Consider the latest proposal to finance a new arena for the Milwaukee Bucks and their new billionaire owners. It would be a “super TIF district” where all tax income, city, county and state, would go to the new arena. When speaking to WTMJ’s Charlie Sykes to justify this, Tim Sheehy of the MMAC recently used the example of performers at the Bradley Center who pay income tax in Wisconsin on their performance earnings. However, the district would not be restricted to just the arena, and it would not just be performers’ tax revenue that would be lost to the state.

Assembly Speaker Robin Vos is correct that if Milwaukee were granted that authority, other communities from around the state would also be justified in asking the legislature to carve special exempt areas of taxation for different development projects. Such a development runs directly contrary to the principle of shared revenue, one Milwaukee benefits from.

But Milwaukee in its shortsightedness doesn’t see a loss in state tax revenue as creating a burden on the rest of state who would have to make up for the amount. Or if Milwaukee’s leaders do see it, they try to justify the proposed special entertainment district because suburbanites visit the city’s cultural attractions.

Milwaukee wants to fleece the suburban visitors when they come into town, and then have them pay more in their state tax bills. But Milwaukee doesn’t want anyone to be able to use the freeways to come to their city, which is why they resisted the Zoo Interchange project. That’s the Milwaukee definition of regional cooperation at work.

Now consider the reverse situation, when a suburb asks for a little cooperation from Milwaukee. When New Berlin wanted to expand the water service area supplied by the city of Milwaukee, the Common Council imposed development conditions on New Berlin and charged them $1.5 million extra for the privilege.

When the city of Waukesha tried asking Milwaukee to become a supplier of water, Milwaukee tried to curb the future growth of its neighbor by reducing Waukesha’s water service area. Of course, the city of Waukesha’s water service area is already defined by the state and Southeastern Wisconsin Regional Planning Commission (SWRPC), so Waukesha had to look elsewhere for water.

Because Milwaukee does not really believe in regional cooperation, Waukesha negotiated a water deal with Oak Creek. Instead of getting money from Waukesha to purchase the water, and additional money from Waukesha in “economic compensation” costs, Milwaukee is creating a possible competing water supplier for the region. So much for the “water economy” Milwaukee leaders talk about.