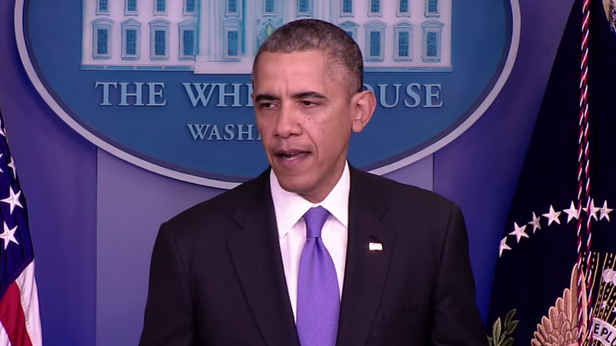 What could your family do with an extra $5,000 a year? Go on vacation? Save it for college? Invest in that family business you have wanted to start?

The average American family has lost out on $5,000 a year under the policies supported by President Obama according to Heritage Foundation economist Stephen Moore. Hundreds of billions of dollars for wasteful stimulus programs and overregulation of important energy production has crippled investment and growth.

Read about Moore’s diagnosis of an economy maimed by big government.

This morning’s depressing revised calculation of the growth of the economy in the first quarter of 2014 (-1.0 percent) makes it official: The Obama expansion is now $2 trillion short of where we would be if growth in this recovery had matched the Reagan recovery that started in 1982.

That is to say the average family would have about $5,000 more income each year to spend if it were not for this slow recovery. The Census Bureau reports that median household income is down by $1,800 since this so-called recovery began.

Worse, investment plummeted in the first quarter of 2014 by 11.7 percent from the same period in 2013. That was the biggest decline since the recession ended in 2009. Without investment, businesses can’t grow and wages won’t rise. Capital investment by businesses is a strong leading indicator of future prosperity.

The administration was quick to blame the dismal numbers on the cold winter and blizzard conditions in the Midwest and Northeast. But he 2013 growth rate was 1.9 percent, and the rate has been less than 2 percent for more than a year. Under Reagan, the growth rate during the expansion was more than 4 percent.