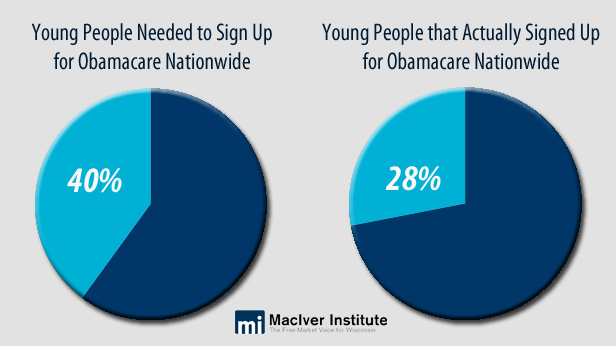 8.1 Million Sign up for Health Insurance through the ACA Nationwide

[Washington, D.C.] Nearly 140,000 people have signed up for Obamacare on the federal exchange in Wisconsin, according to new enrollment numbers released by the Department of Health and Human Services on Thursday.

Of the 139,815 enrollees in the state, 26 percent are young adults, age 18 to 34. Individuals over the age of 55 make up 32 percent of enrollees. While HHS released wide-ranging demographics of enrollees nationwide and in each state, they still have not released the total amount of people that have actually paid their first month’s premium.

When asked during a press call on Thursday about how many individuals had paid, a representative for HHS said they are working on getting that data.

“We are interested in having accurate and reliable data as much as you are on this topic, and we are committed to providing it to you when we are at a point to do that,” said Julie Bataille, Centers for Medicare and Medicaid Services Director of Communications. “At this point, I don’t anticipate having it until later this year.”

Wisconsin’s Office of the Commissioner of Insurance said in mid-March that one in five enrollees in Wisconsin had yet to pay.

Also among state enrollees, 55 percent were female and 45 percent were male. Traditionally, health insurance is more expensive for females, which could pose a problem for the Affordable Care Act moving forward.

Another problem confronting President Obama’s signature law is the lack of young people signing up for health insurance. Nationwide, only 28 percent of enrollees are age 18 to 34, slightly higher than enrollment in Wisconsin. Young and healthy enrollees will carry much of the financial burden of Obamacare, and original projections said about 40 percent of enrollees would have to fit this category for the law to be fiscally viable.

While the Obama administration failed at meeting its goal of signing up more young people, it did surpass the goal of seven million total sign ups. Through the end of the enrollment period, which was extended to April 19th, about 8.1 million people selected a plan on a state or federal exchange.

There was a surge of sign-ups in the final month and a half of the enrollment period. From March 2nd to April 19th, 3.7 million people signed up nationwide. That is just under the 4.2 million that signed up in the five-month period from October 1st through March 1st.

In Wisconsin, enrollment nearly doubled in the last month and a half. Only 71,443 signed up through March 1st, while 68,372 signed up from March 2nd through April 19th.

According to HHS’s report, 91 percent of Wisconsin enrollees will receive taxpayer subsidies to cover their plan, higher than the nationwide average of 85 percent.

Enrollment data also showed that 81,274 people are eligible for Medicaid or CHIP coverage in the state.

The reports on nationwide and state enrollment are available below.