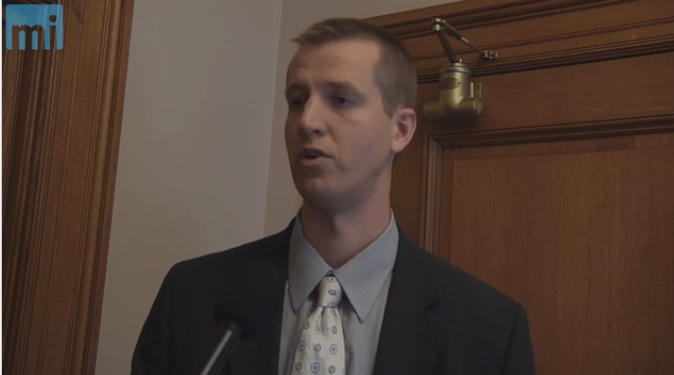 Kooyenga was the architect of a $648 million income tax cut in Wisconsin’s 2013-2015 budget as a member of the Joint Committee on Finance (JFC).

“It took the entire conservative team to push the tax cuts and we have a lot more work to do,” he told the MacIver News Service.

That opportunity could be right around the corner. The state is expecting a large surplus in revenues this year.

“Whenever revenue is up you should consider sending it back as tax cuts,” Kooyenga said.

Kooyenga was elected to the Assembly in 2010 as part of the tea party wave that sent many private sector professionals into the legislature. He is a CPA, and was put on JFC in 2013. It was the first time an actual accountant was an elected member of that committee in its one hundred year history.

This was the first year the Tax Foundation has presented the award. Joseph Hunchman, Vice President of the Tax Foundation said, “Numerous legislators made commitments to smarter, more principled tax policy. We are excited to introduce this new award in recognition of their efforts and are encouraged by the growing support for the kinds of policies this year’s honorees have worked toward.”

The Tax Foundation, a national organization dedicated to educating the public about responsible tax policy and the true tax burden they bear.