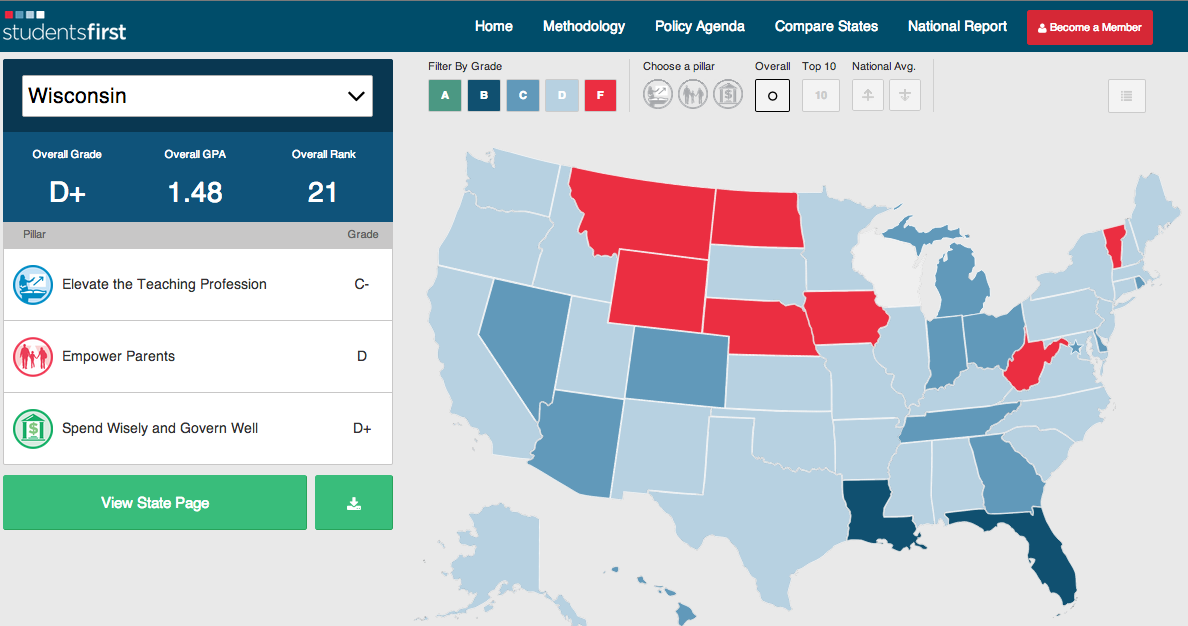 Are children in Wisconsin attending schools that barely qualify as passing?

That low grade came from a bevy of laws that limit transparency and restrict educational alternatives within the state. States were measured in three categories that gauged how teachers, families, and students were treated in the state. Wisconsin failed to get a grade better than a “C-” in those areas.

Recent reforms suggest the state is moving in the right direction to earn higher marks in the future. For example, the implementation and expansion of Wisconsin’s Educator Effectiveness program should help the state better identify high-performing teachers. Proposed legislation that would expand the score of independent charter schools would also help raise Wisconsin’s grade for the 2015 report card.

However, Wisconsin wasn’t the only state to earn an unsatisfying mark. Only two states, Louisiana and Florida, earned “B” grades. Only 11 more were graded at the “C” level. Overall, the Badger State came in 21st in the nation. That trailed nearby states like Michigan and Indiana, but also put WI in front of Minnesota, Iowa, and Illinois in terms of Midwestern states.

So, while few states did well, Wisconsin stood right in the impact zone of mediocrity thanks to a “D+” grade. That grade can change if the state takes measures to reward high-performing teachers and give parents more information about which schools are serving students the best. Fortunately for the Badger State, the rolling implementation of accountability policies and other reforms should improve the state’s passing grade in the near future.