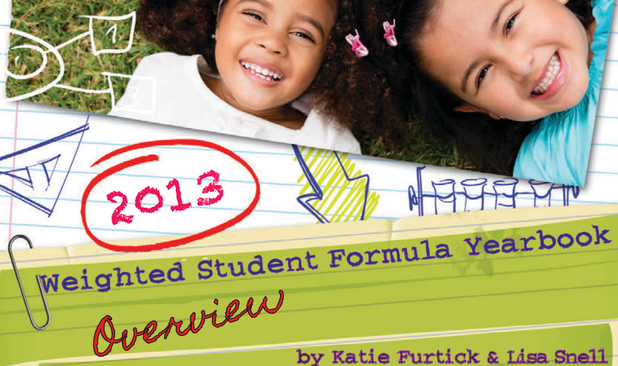 Even when the funding follows the child, Milwaukee’s public schools are barely treading water compared to national counterparts. When it comes to districts that base their funding on individual students and their characteristics, Wisconsin’s largest district proved to only be better than Baltimore when it came to educational outcomes.

The Reason Foundation recently released a report that gauged how students are performing in major cities where educational funding is directly tied to pupils and the schools they chose to attend. The results weren’t good for Milwaukee. Wisconsin’s largest school district – limited only to the city’s public schools – earned a “D” grade and ranked 13th out of the 14 cities that returned results in the study.

That study, authored by Katie Furtick and Lisa Snell, exposed MPS’s shortcomings in both a statewide and national comparison. Reason chose to examine the major American school districts that increase an individual student’s funding based on their individual characteristics.

The reasoning behind that policy is that additional funding for economically disadvantaged students should help level the playing field between urban and suburban districts and lower the achievement gap. Milwaukee Public Schools, a district known for its unique large urban district challenges in an otherwise well-performing state, did not garner high marks in the Reason study.

Instead, Milwaukee fell significantly behind cities like Houston, Oakland, Minneapolis, and Boston in the 2013 rankings. Brew City only outranked Baltimore amongst districts that had recorded data for the past school year. The rankings were based mostly on student performance, but the flexibility of funding to follow the child based on his or her characteristics played a role as well.

Milwaukee Public Schools earned failing grades in several categories of the study’s analysis. The categories of student proficiency, autonomy for principals, and achievement compared to the rest of the state all earned “F” marks on the Reason report card. However, the district did earn “B” grades for recent improvements in test scores and its work in narrowing the achievement gap between groups of students. Milwaukee was also graded by its funding formula, which met seven of 10 School Empowerment Benchmarks, thanks in part to policies that connect more than 70 percent of a student’s funding directly to his or her family’s choice of schools.

The study gauged student outcomes relative to how the rest of their state and peer institutions performed. A major piece of Milwaukee’s poor performance tied in to the district’s massive gap between MPS test scores and statewide averages. While Milwaukee manages the achievement gap between groups of students even better than major districts like Madison and Wausau, the city’s overall achievement scores lagged significantly behind the Wisconsin average, leading to the barely-passing grade above.

Those 2011 proficiency rates, gleaned from Wisconsin Knowledge and Concepts Examination (WKCE) data, earned Milwaukee a failing score. However, improvements from 2008-2011 put a silver lining on that cloud. The city’s measured growth in that category earned a “B-” from Reason’s 2013 study. According to the study, “MPS low-income middle school students are improving their proficiency rates more quickly than 70 percent of Wisconsin school districts. Hispanic and African-American students at all grade levels, on average, are increasing proficiency each year but at an average to below-average rate relative to other Wisconsin districts.”

These results add more evidence to an oft-repeated theory – that Milwaukee’s schools are failing to effectively educate their students. While recent gains suggest that some students are moving in the right direction, the district as a whole can barely measure up to other major urban areas where educational funding is closely tied to the student it serves. That’s bad news for MPS – and even worse for the students who aren’t getting the education they expected in the district’s classrooms.