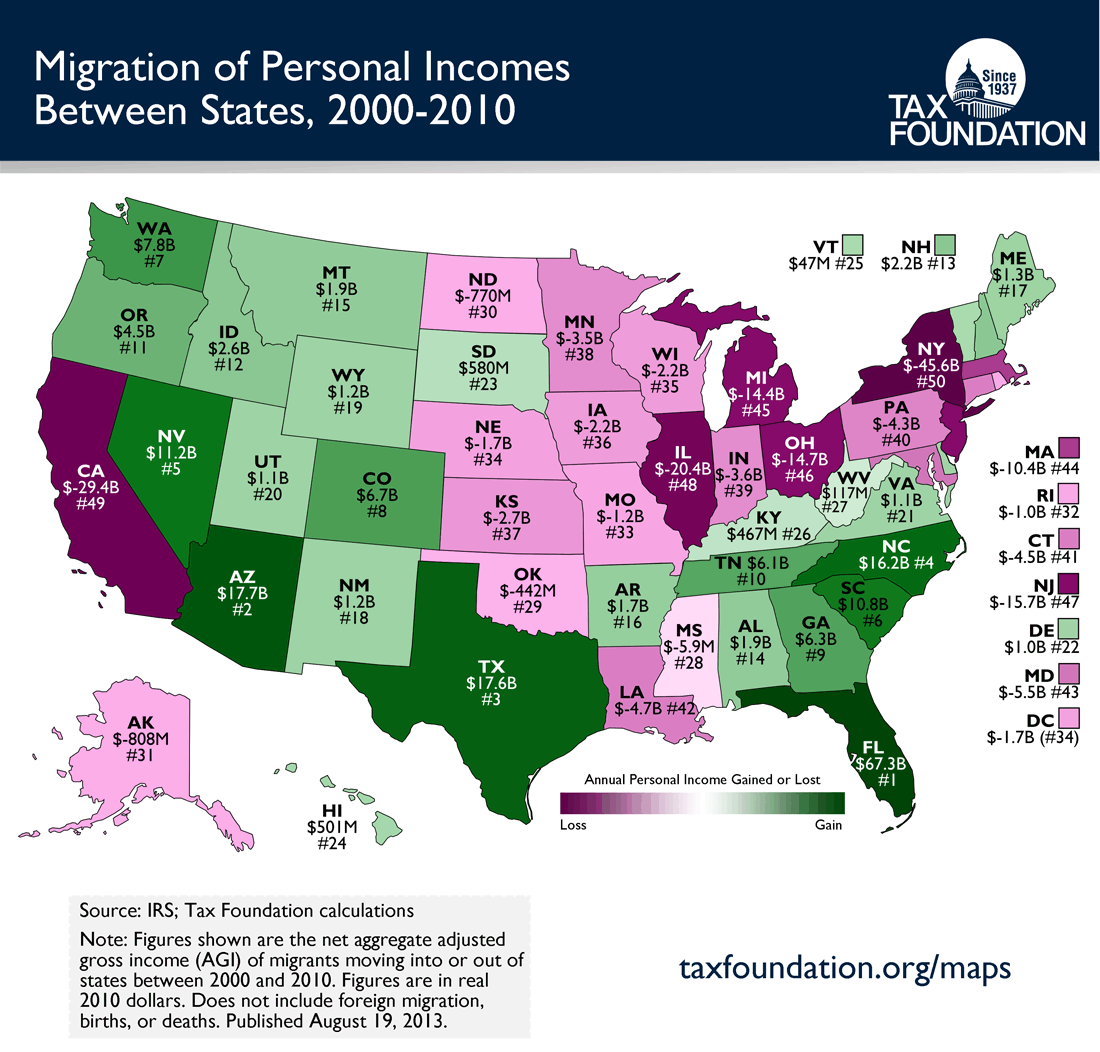 [Madison, Wisc…] Wisconsin ranks 35th in the nation for net migration of personal income and saw a net drop in Adjusted Gross Income (AGI) of $2.2 billion from 2000-2010, according to the Tax Foundation.

The Badger State saw the negative affects, while states with fairly low tax burdens saw massive gains in AGI. Florida ranked first in the nation with a net increase of $67.3 billion. Florida does not have a state income tax.

States that faired worse than Wisconsin include Illinois, California, and New York. These states were the bottom three in the nation with net AGI dropping $20.4 billion, $29.4 billion, and $45.6 billion respectively.

Policy changes made by Governor Scott Walker since taking office in January 2011 would not have any impact on this study.

Find out more at TaxFoundation.org.