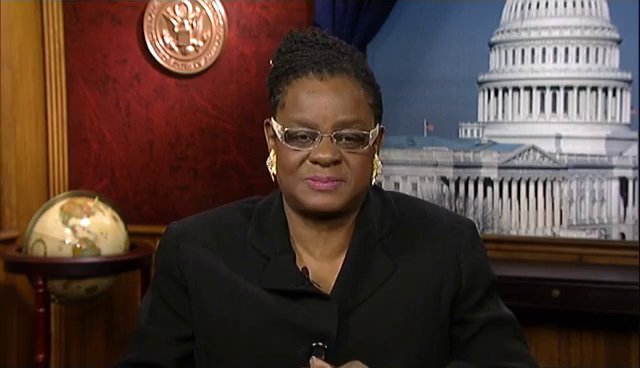 In the wake of U.S. Rep. Gwen Moore’s advocacy for a major hike in the minimum wage on Monday, the MacIver Institute felt it was necessary to remind her of the research that shows it is anything but a good idea. The Milwaukee Journal Sentinel printed an editorial by MacIver President Brett Healy that details the studies and analysis on the topic, which show that raising the minimum wage hurts low-skilled and young workers by putting increased financial stress on America’s job creators.

Milwaukee Congresswoman Gwen Moore is advocating a policy that research shows would reduce the number of entry level jobs available to Wisconsin teenagers. Her naive plan would further shut the gateway to the workforce for millions nationally, and would lead to more people dependent on government entitlement programs.

Our analysis indicates that more than 7,000 eager young Wisconsinites would be working today had the minimum wage not been raised three times in the last decade. Now, Moore wants to make matters worse.

Moore spoke in Milwaukee on Monday as a part of the “Raise Up America” campaign, lead by the Congressional Progressive Caucus, to increase the federal minimum wage from $7.25 to $10.10 per hour.

Moore and Company are campaigning for a radical and destructive increase in the minimum wage, under the fallacy that by government decree more money would magically land in the hands of more people.

Small businesses are the backbone of the American economy. Moore’s mandated wage hike would cripple the state’s small businesses, many of them family owned, and would reduce employment opportunities–especially those to teenagers. Where does the Congresswoman think our struggling small business will come up with the extra cash to pay these increased wages. They won’t. Wages will remain constant, total hours worked will be cut.

If you played Moore’s logic out far enough, just think how booming the economy would be if the minimum wage were $100 an hour.

Making matters worse, the average number of hours worked by these young Wisconsinites first entering the workforce has declined from 12.9 hours per week to just eight.

Economists David Macpherson of Trinity University and William Even of Miami University released a study in 2010 that examined the impact of the federal minimum wage increase between 2007 and 2009. Using an updated analysis their state-specific data, we conclude that the minimum wage hikes since 2005 have reduced current teen employment numbers here by 7,109.

Clearly there are teens who would be eager to fill those jobs. The BLS has been tracking teen employment for more than 60 years and our current downturn in job opportunities for youth is unprecedented.

That first job helps teens acquire and display a work ethic and in many cases can make the difference in being able to afford to move on to college. Why make matters even worse?

In 2007, economists David Neumark and William L. Wascher surveyed the available research on minimum wage effects on low-skilled employment. They concluded: “In sum, we view the literature – when read broadly and critically – as largely solidifying the view that minimum wages reduce employment of low-skilled workers, and as suggesting that the low-wage labor market can be reasonably approximated by the neoclassical competitive model.”

The Journal of Labor Economics reported that high school seniors working part-time earned higher wages than their counterparts who didn’t hold a job 6-9 years after graduation.

Denying low-skilled teens entry into the workforce, and the wages that come with those entry level jobs, only further strains the expensive government funded entitlement programs.

Raising the minimum wage prevents teens and other low-skilled workers access to the ground floor of the workforce, which potentially increases their draw on federally-backed financial aid for higher education and ultimately for food stamps, Medicaid and other programs.

Perhaps that is merely a pleasant side effect for the Congresswoman, but the redistribution of wealth required to finance such an expansion of government would devastate the American economy.

This piece was printed in the Milwaukee Journal Sentinel on Friday July, 19.