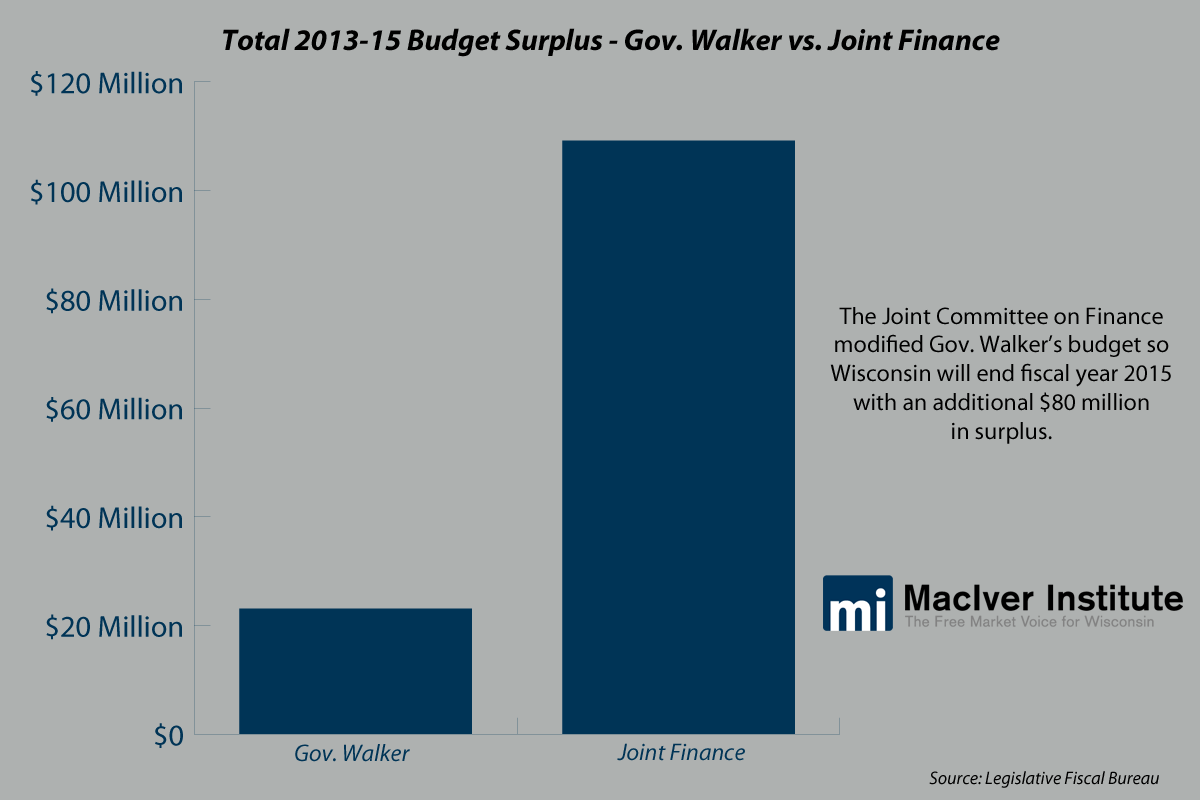 [Madison, Wisc…] The Joint Committee on Finance passed a budget in the first week of June. With the news that the state would have over $500 million in additional revenue, JFC made some changes to Governor Scott Walker’s budget that included a $648 million income tax cut, a modification to the school choice expansion, and an increase in the per-pupil spending for K-12 public schools. After all the Committee’s changes, Wisconsin is estimated end fiscal year 2015 with a $109 million surplus, an $80 million improvement on the Governor’s original surplus.