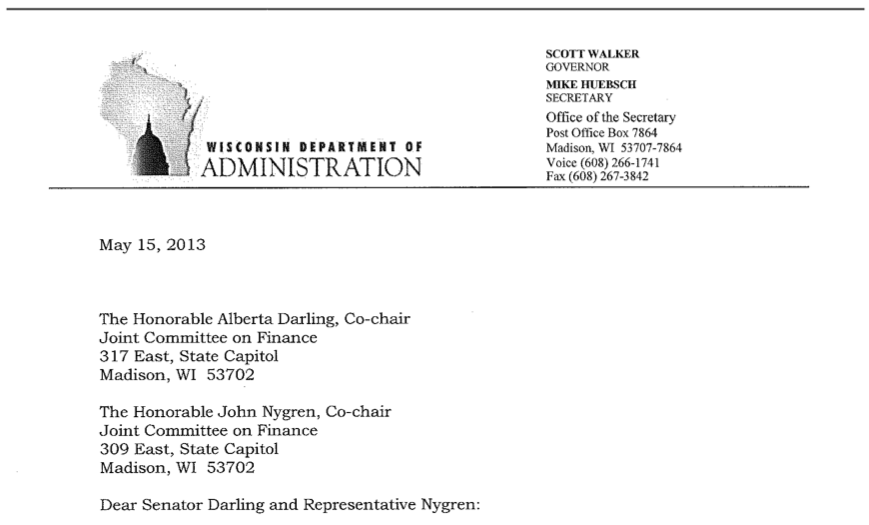 Walker proposes a two-year tuition freeze on all UW System colleges for the 2013-2014 and 2014-2015 school years. This would keep tuition rates at the level they were at for the 2012-2013 academic year. According to the letter from Huebsch, the UW system would collect $42 million less than their planned two percent tuition increase.

The letter also states that Walker will require the UW System to face a funding lapse that they were originally exempt from. All other state agencies shared the brunt of a $172 million funding lapse in the 2011-2013 biennium and were required to do so under the 2013-2015 budget to make the lapses permanent. This lapse reinstatement would reduce the UW System’s general purpose revenue funding by about $66 million.

Huebsch also wrote that Walker recommends the UW System to fund some economic development initiatives through its program revenue block grant. The Governor proposes that the block grant should provide funds for a $20 million incentive grant program, $3.75 million for the UW-Madison Carbone Cancer Center, $3 million for the Wisconsin Academy of Rural Medicine program, and $1.95 million for the UW Flexible Degree program.

This new budget proposal would reduce the UW System reserve by approximately $136 million, leaving them with a balance just over $900 million.

The changes proposed by Walker would increase the state’s general fund balance by $94,388,600.