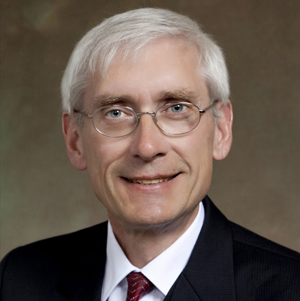 One of the biggest concerns about Governor Scott Walker’s proposed school choice expansion doesn’t have to do with vouchers – it has to do with report cards.

Walker’s expansion uses these report cards – a major piece of his 2011 educational reform package – to gauge how the state’s large districts are performing. Any district with two or more schools that earned either “fails to meet expectations” or “meets few expectations” grades – the equivalent of a “F” or “D” on a A-F grading scale – and more than 4,000 students would see their students eligible for vouchers to attend local private schools.

Wisconsin State Superintendent Tony Evers has recently criticized the idea, saying that the report cards are currently a pilot program and that these report cards aren’t ready to be a piece of high stakes educational policy.

However, that’s not what Evers and the Department of Public Instruction said as these report cards were being developed to replace an ineffective No Child Left Behind (NCLB) system back in February of 2012. Superintendent Evers praised the report cards – the biggest piece of the state’s NCLB waiver – saying that the “waiver request keeps my promise to hold all schools accountable.” In Wisconsin’s waiver request, DPI stated that schools persistently failing to meet expectations based on the accountability index score, or report card, could be subject to closure. If a school failed to show demonstrable improvement after three years, “the state superintendent will intervene.” NCLB waiver report cards were good enough to close down a poor performing school or to allow the State Superintendent to take over a school, but now the report cards are not ready to allow a child to leave a failing school.

Wisconsin’s NCLB waiver relies on report cards to replace old “adequate yearly progress” measurements that often told educational stakeholders little about how their local schools were performing. With the report card, schools are graded in four different categories that include student achievement and student growth. With higher standards already in place for future years, a more comprehensive testing program for grades K-8, and the probable adoption of ACT Suite testing for high schools, these report cards will be able to tell Wisconsinites more about their local schools than ever before.

In the NCLB waiver, report cards were also intended to be indicators of school performance that could be tied to funding. DPI wrote that these grades would allow the state to tie incentives to “high progress schools” and “exemplary schools.” At the time, Superintendent Evers and DPI believed the report cards were high-stakes enough to reward the best performing schools with performance-based grants.

The Department also reinforced the idea of using report cards as a financial lever when they requested funding for competitive grants based on school grades. DPI asked for $9.3 million in state money for low performing schools. Under their proposal, schools with “meets few expectations” or “fails to meet expectations” grades would have been eligible for intervention-based grants. In this case, these report cards were deemed high-stakes enough to merit additional funding.

Report cards were created all along to be the basis of high stakes decision-making. That was their purpose when they were developed to replace NCLB – one of the most recognizable national education reforms in the past two decades. While questions may still exist about their implementation – particularly in voucher schools, a policy that the Governor has supported in the past – suggesting that these report cards weren’t built to be the research basis for educational reform seems to ignore a large piece of their original purpose.

Wisconsin’s report cards will expand over time to incorporate better data and create a more comprehensive review of how schools are performing. Criticisms over the program’s first year of data collection are rooted in some validity, though. But that is because DPI has been using the flawed WKCE testing package for so long, not because there is a problem with the report cards themselves.

The program’s basis on report cards isn’t perfect, but there is room to grow. The expansion’s once-in, always-in provision diverts from the Florida model that spurred significant improvements in public schools where low grades led to voucher eligibility. One way to fix that and to allow growth under the evolving report card program would be to allow districts that improve the ability to cap voucher participation for new students (excluding siblings of current voucher recipients) when they have fewer than two “D” or “F” schools amongst their ranks. This would provide additional impetus for improvement and reform in Wisconsin’s eligible districts.

Even with that flaw, these grades, which were deemed valuable enough to reward grants to high-performing schools, should still be strong enough to inform policy changes that would help students leave low-performing ones. With better standards and testing protocol on the way, the problems that have drawn criticisms about these report cards will lessen, making many of these complaints issues that won’t last into the future. Giving students greater options when their local schools are failing them is something that will. Report cards, deemed valuable enough by DPI to reward high-performing schools, should help students leave low-performing schools.