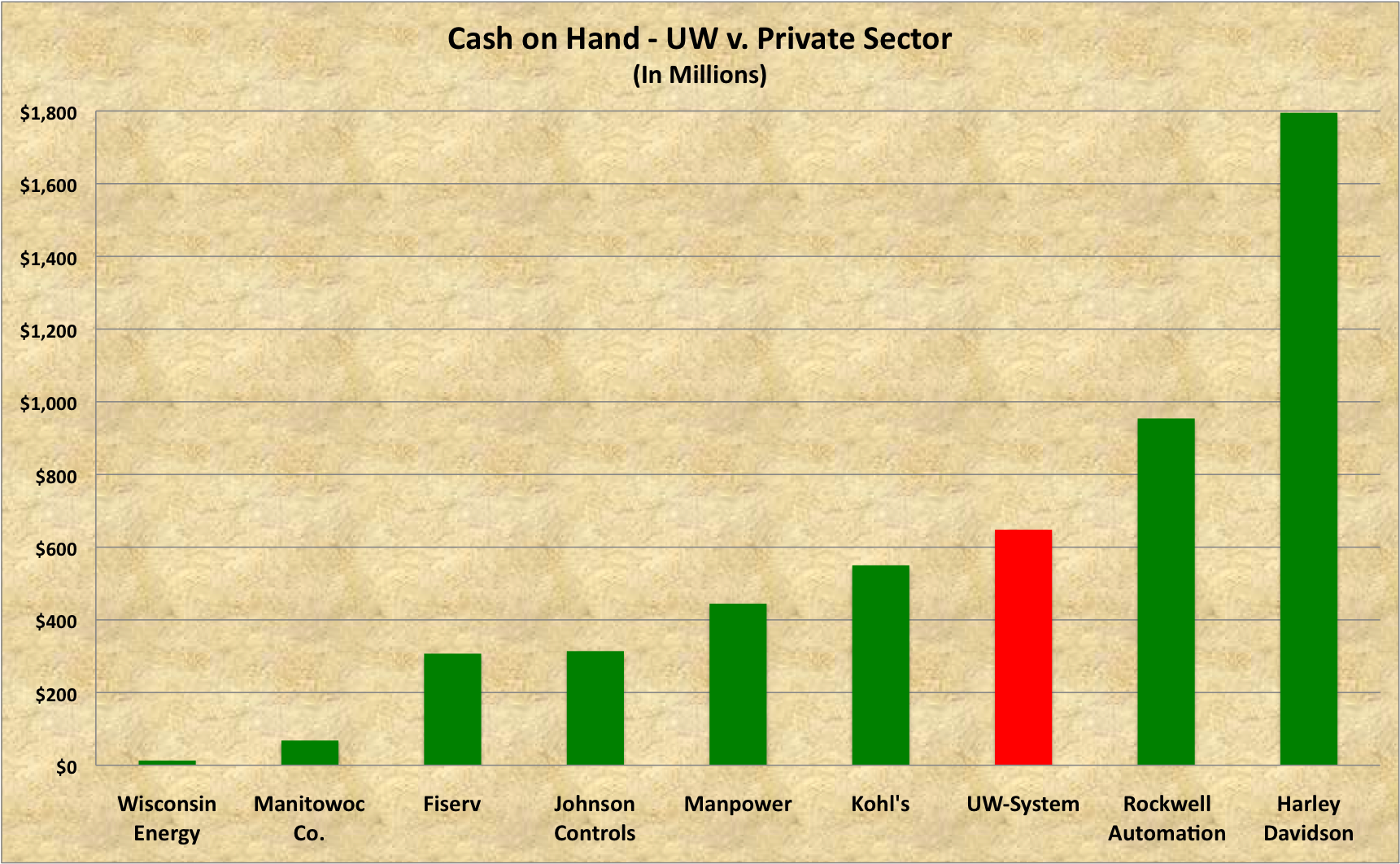 [Madison, Wisc…] The MacIver Institute reported last week that the UW System had a balance of over $1 billion. According to the Legislative Fiscal Bureau, $648 million of that is considered surplus, or unrestricted funds. The above graph provides a comparison between the UW System’s surplus and some of Wisconsin’s largest publicly traded companies’ unrestricted cash according to their most recent quarterly reports.